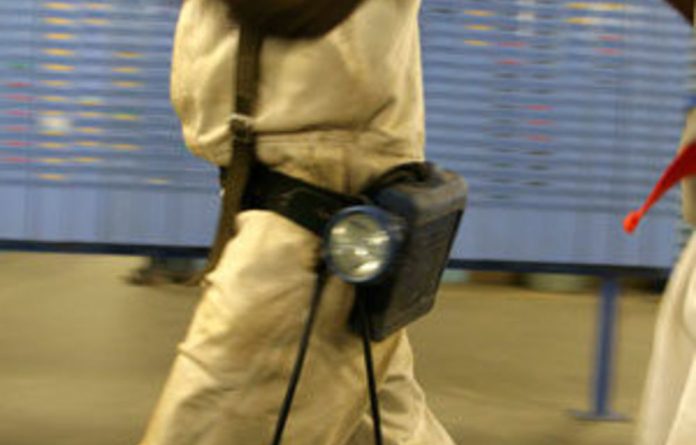 One-hundred-and-twenty-eight mine workers died in 2010, which was a 24% improvement over the previous year, Chamber of Mines CEO Bheki Sibiya said on Tuesday.

“We are very sad about the 128 mine workers who lost their lives in 2010,” he told media in Johannesburg, before requesting a moment of silence.

However, it was the best annual improvement since 2003, despite deeper mines and the slow progress towards a culture of safety in South Africa, he said.

“The annual milestone is a 20% improvement per year,” said Sietse van der Woude, the safety and sustainable development adviser for the Chamber of Mines.

South Africa had an average 24% a year improvement, he said.

By November, there had been four deaths for 2010, he said, although this figure was provisional. This compared with the 23 mine workers who died in seismic-related accidents in 2007.

Van der Woude said the 2010 figures, provided by the mineral resources department, were provisional as they could change if workers who were injured in 2010 later died, or deaths that were deemed to be mine-related at the time were later found to have been a result of natural causes.

The chamber represents at least 80% of the mining industry. Last year 69% of the fatalities occurred at major mining companies.

To achieve this, the chamber planned to work with the government and unions to accelerate the implementation of the 2008 Tripartite Action Plan on Health and Safety.

Other initiatives include a learning hub, which was established in 2009 to encourage mining companies to learn from the “pockets of excellence” in the industry.

It was also working on transforming the industry’s culture to one that was more participative and caring.

The chamber would also be pushing for innovative approaches to training. About 40 000 health and safety representatives and union shop stewards would be trained by 2013.

A Centre of Excellence in Mine Health and Safety was planned to provide information that, if implemented, could improve safety and the quality of research. — Sapa