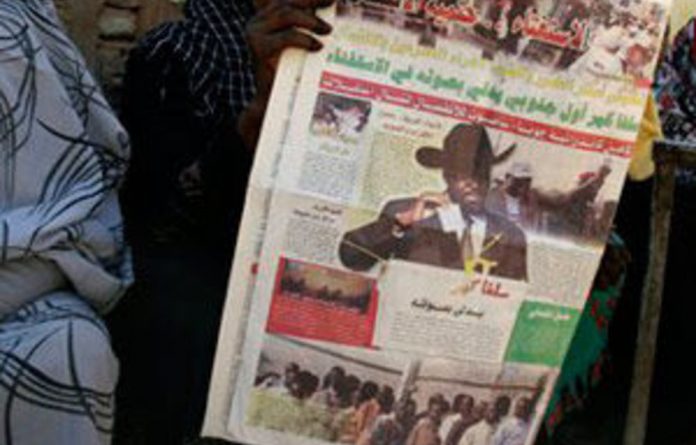 At least 36 people have died in clashes between Arab nomads and southerners near Sudan’s north-south border, leaders in the contested Abyei region said on Monday, on the second day of a vote on southern independence.

Analysts say the central region of Abyei is the most likely place for north-south tensions to erupt into violence during and after the vote, the climax of a troubled peace deal that ended decades of civil war.

Southerners are expected to vote to split from the mostly Muslim north, depriving Khartoum of most of its oil reserves.

Senior southern official Luka Biong condemned the fighting and told Reuters both sides were still trying to settle their bitter dispute over the ownership of Abyei as part of a package of negotiations, including how the regions will share oil revenues after a split.

In a separate, more positive, development, former US president Jimmy Carter told CNN on Monday that Sudan’s President Omar Hassan al-Bashir had offered to take on all of the country’s crippling debt if the south seceded.

Bashir’s spokesperson confirmed the south would not take on any of the debt but said the north, south and the international community had a “joint responsibility” to work towards debt relief.

The comments are a conciliatory gesture from al-Bashir and will lift a huge fiscal burden from the south in the early days of its expected independence.

The violence in Abyei followed a warning to both northern and southern leaders from US President Barack Obama not to use proxy forces over the voting period, highlighting international concerns that both sides might be resorting to tactics used in past campaigns.

More clashes feared
Leading members of Abyei’s Dinka Ngok tribe, linked to the south, accused Khartoum of arming the area’s Arab Misseriya militias in clashes on Friday, Saturday and Sunday and said they were expecting more attacks in days to come.

The speaker of the Abyei administration, Charles Abyei, said the Misseriya attacked because they had heard false rumours the Dinka were about to declare themselves part of the south.

“A large number of Misseriya attacked Maker village yesterday [Sunday], backed by government militia … The first day one person died, the second day nine, yesterday 13 … It will continue,” he said.

The south’s Biong warned the Misseriya could provoke the wrath of an independent southern Sudan if the attacks continued.

Misseriya leader Mokhtar Babo Nimr told Reuters 13 of his men had died in Sunday’s clash and accused southerners of starting the fighting.

Residents of the central Abyei region were promised their own referendum on whether to join the north or the south but leaders could not agree on how to run the poll and the vote did not take place as planned on January 9.

A UN source, speaking on condition of anonymity, said there had been another clash in the village of Todach on Monday morning.

The source said Misseriya were attacking police posts in the area, suspecting them of being occupied by southern soldiers, and said the death count could be higher. “Both sides are concealing their casualties,” the source said, adding southern police and Dinka youth had been caught up in the fighting.

In another sign of tension, southern army spokesman Philip Aguer said two men — a Ugandan and a northern army soldier — were arrested with four boxes holding 700 rounds of AK-47 ammunition in the southern capital Juba on Sunday night.

The northern army’s spokesperson, al-Sawarmi Khaled, on Monday denied any link to the ammunition or the clashes.

US Secretary of State Hillary Clinton praised the otherwise peaceful roll-out of the vote in the south. “This could be a great example of a peaceful ending to a longstanding conflict,” she said in Abu Dhabi.

Peaceful voting
Observers said thousands of voters queued up for a second day of voting that continued peacefully across other areas of the south. The final results are expected by February 15, with preliminary results a week earlier.

“Yesterday I tried my best but it was too much for me. Queues were too long. People were too emotional. Everyone wants to be first to decide his destiny,” said Salah Mohamed, waiting outside a booth on the outskirts of the southern capital Juba.

“Today I could vote but still as you can see the crowds are still there … I think the commission might need to extend the voting days.”

The referendum’s organising commission said 20% of registered southerners had already cast their vote. The turnout needs to be 60 percent for the result to be valid. – Reuters

Omar al-Bashir has said he would take no part in foreign peace talks after South Sudan secedes from the north at the weekend.
Read more
National

South Sudan's declaration of independence on July 9 could end in one of three possible scenarios: A deal with North Sudan, a messy divorce or war.
Read more
National

The South Sudanese say things are bad when people stop blaming violence on former civil war enemies in the north and start accusing each other.
Read more
National

Southern Sudan's vote to split from the Arab-dominated north is a "new dawn" for the giant African nation, a top UN envoy said on Wednesday.
Read more
Africa

Desmond Tutu and other members of a group of global statesmen known as The Elders on Tuesday praised South Sudan's landmark independence referendum.
Read more
Advertising
Continue to the category
Education