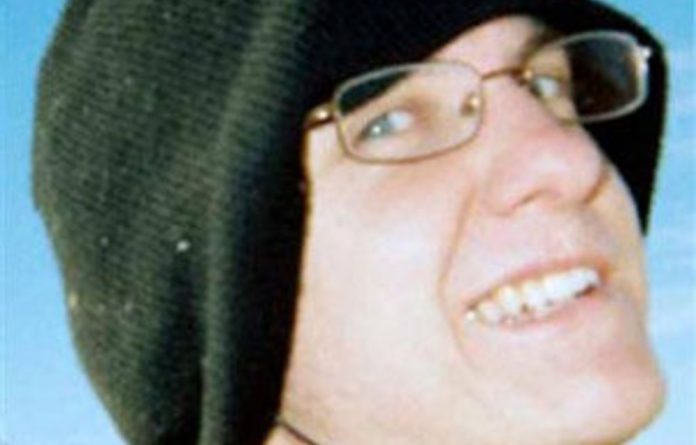 A troubled 22-year-old college dropout made his first court appearance on Monday on five federal charges, including the attempted assassination of US Representative Gabrielle Giffords, who remained in critical condition with a bullet wound to the head.

His hands manacled together, Jared Lee Loughner said in a strong voice he understood the charges against him involving a shooting spree in Tucson on Saturday that left six people dead and 14 others wounded.

The bloody rampage — at an event Giffords hosted for constituents — has fuelled debate about whether heated rhetoric seen in recent US political campaigns can lead to violence.

President Barack Obama, who stressed unity after the shootings, plans to go to Arizona on Wednesday to attend a memorial service for the dead, who included a federal judge, a nine-year-old girl and one of Giffords’ young aides.

Last year, Giffords had warned that angry campaign talk had prompted violent threats against her and vandalism at her office.

A police mug shot taken of Loughner after his arrest and released on Monday shows the accused killer, who faces a possible death sentence, smiling broadly.

Having survived a shot to the head at point-blank range, Giffords, a popular 40-year-old Democrat, remained in critical condition at a Tucson hospital.

Doctors said there was no increased swelling of her brain and she continued to respond to simple commands such as squeezing a finger and wiggling her toes.

“There have been no complications,” Dr Peter Rhee of University Medical Centre in Tucson told the PBS programme Newshour. “We’re happy with where we are. But we have to give her some time to see how she’s going to do.”

A single bullet passed through her brain on the left side, hitting an area that controls speech. The extent of brain damage she may have suffered is uncertain, doctors said.

At the White House, Obama mourned the dead.

With heads bowed, Obama and first lady Michelle Obama paused for a moment of silence. A bell tolled three times as an estimated 300 White House staffers offered their respects.

Separately, Obama spoke to some of the families of shooting victims and to bystanders Patricia Maisch and Roger Salzgeber, who helped stop the gunman.

“The president thanked them for their heroic actions and told them that their quick thinking and bravery represented the best of America,” said White House spokesperson Nick Shapiro.

While the motive for the attack was not yet clear, people who knew Loughner said he was a troubled loner. Loughner withdrew from Pima Community College in October after several encounters with campus police, college officials said.

Investigators said they had found an envelope at Loughner’s residence with the handwritten phrases “I planned ahead” and “My assassination”, along with the name “Giffords” and what appeared to be Loughner’s signature.

The US government has charged him with two counts of first-degree murder, which could carry the death penalty; one count of attempted assassination of a member of Congress and two other counts of attempted murder.

He is accused of opening fire with a semi-automatic Glock pistol while the congresswoman was attending a political event in a supermarket parking lot.

Gun violence
Gun violence is common in the United States but political shootings are rare. The rampage in Arizona has prompted lawmakers to review their own security.

Investigators were looking at a rambling internet manifesto left by Loughner or someone writing under that name. There was no coherent theme to the writing, which accused the government of mind control and demanded a new currency.

At the US Capitol, security was tightened and flags flew at half staff. Lawmakers put off much of their work for the week, including a vote on a bill to repeal Obama’s healthcare overhaul that Giffords and other Democrats backed.

The new Congress convened last week after the November 2 elections in which the Republican Party won control of the House and reduced the Democratic majority in the Senate.

In an interview last year with MSNBC, Giffords cited a map of electoral targets put out by Sarah Palin, a Republican former Alaska governor and prominent conservative, that had each marked by the cross hairs of a rifle sight.

After the shooting rampage in Tucson, the graphic was removed from Palin’s website and she offered condolences on a posting on Facebook.

In Denver, federal prosecutors charged a Colorado man on Monday with threatening gun violence and arson against staff of US Senator Michael Bennet in the days before the Tucson shootings. – Reuters