US gun crime: Death for sale 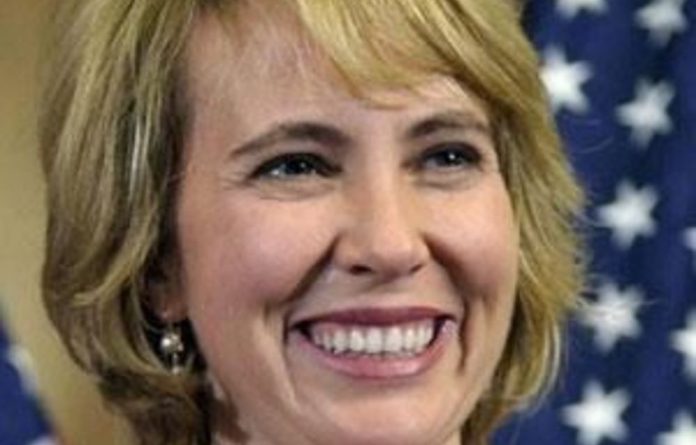 The next time you happen to be in Arizona drinking a cool beer with some time on your hands, ask the person along the bar to describe for you the Glock 19. Likelihood is he will know what you’re talking about, as gun ownership rates in Arizona are among the highest in the world. Heck, he might even be packing himself, as it’s legal in the state to carry concealed weapons into bars.

He might begin by telling you that the 9mm Glock 19 is the workhorse of US law enforcement. Produced outside Vienna, it is the gun of choice of the New York Police Department. Its compact steel and plastic body is 174mm long, weighs 595g and retails for about $500. Since 2004, when federal restrictions on high-powered guns were loosened, you can clip to it a high-capacity magazine loaded with up to 30 bullets. It fires like a dream, the advert says, and, compared with the old revolvers it replaced, is “significantly more powerful and much easier to shoot fast and true”.

It was this model of killing machine that Seung-Hui Cho deployed when he went on his rampage through Virginia Tech on 16 April 2007, massacring 32 people. It was precisely the same gun that Jared Lee Loughner branded last Saturday morning outside Safeway in Tucson, Arizona, shooting Congresswoman Gabrielle Giffords through the head and killing six others.

Loughner had bought the gun on November 30 from a Sportsman’s Warehouse in Tucson. Which, when you think about it, was kind of odd. A month previously, he had been suspended from the local community college because of his erratic and disruptive behaviour in class and told he could only return if he passed a mental health check that confirmed he was not a danger to himself or others.

By November, he had begun posting weird YouTube videos that talked of brainwashing and dream manipulation, in which he referred to himself as a political terrorist. A few years previously, he had got in trouble with the police over drugs.

A few minutes tapping his name into Google would have thrown up such worrying material, but Loughner was handed the Glock 19 nonetheless, no questions asked. It’s a puzzling discrepancy — that a young man who was clearly suffering mental health problems and displayed threatening behaviour should be sold a powerful semi-automatic weapon without so much as a by-your-leave. But then Arizona has recently passed a law allowing anybody to carry a concealed weapon in public, without a permit. The only stipulation is that they must be over 21 (Loughner is 22).

Regulations have become even more relaxed
What is it with America and guns? Why does the most advanced democracy, which prides itself on being a bastion of reason and civilisation in a brutal and ugly world, put up with this carnage in its own back yard? Why does it tolerate the sea of blood that flows from gun incidents, with about 100 000 people killed or injured every year? Why does it accept an annual murder rate by guns that is 13 times that of Germany and 44 times that of England and Wales? People tend to remember the low points, such as the assassinations of Martin Luther King and Robert Kennedy in 1968. But do they know that since those two men hit the floor, more than a million people have been killed in the US from the barrel of a gun?

Every time a gun massacre happens in America, the pattern seems to be the same: initial bewilderment is followed by outrage, calls are made for a renewed look at the country’s almost uniquely loose gun laws, and then … nothing. If anything, says Josh Sugarmann, head of the Washington-based Violence Policy Center, US regulations have become even more relaxed since Virginia Tech.

“Each time we have a truly horrible incident involving firearms in this country like Virginia Tech, it merely raises the bar in terms of what shocks us as a nation. Now we can have what happened in Tucson on Saturday, and we will have moved on within a week.”

On a federal level, since Barack Obama entered the White House in January 2009 the US has moved backwards on gun control. His election prompted a sudden surge in sales of guns and ammunition as gun owners panicked that he would clamp down on their Second Amendment rights to keep and bear arms. As time has shown, they needn’t have worried.

The president has made no attempt to revive the ban on assault weapons that Bill Clinton introduced and George Bush allowed to lapse in 2004. If he had, Loughner wouldn’t have been able to carry his Glock 19 loaded with 30 bullets, all of which he fired within a matter of seconds. He probably still would have shot his target, Giffords, but he wouldn’t have taken the life of six others and wounded 14 more.

Instead, Obama has allowed, on his watch, guns to be carried for the first time in the US’s national parks. He has watched as the courts have stripped Washington and Chicago — two cities troubled by high gun crime rates — of their stringent controls on handguns.

‘Arizona tradition’
This stark national picture is even more pronounced in Arizona, which the Brady Campaign to Prevent Gun Violence last year ranked second bottom only to Utah in its league table of states that fail to protect their people from the threat of firearms. Out of a possible 100 points it could have scored for protecting its residents, it notched up two.

The love of guns runs deep with Arizonans. Giffords herself was opposed to further gun control and reportedly owns a Glock 19 of the sort that propelled a bullet through the back of her head and out the side. She calls gun ownership an “Arizona tradition”.

Which is not quite how the outspoken local sheriff sees it. But then, he has to pick up the pieces from all the havoc wrought by guns in Tucson. He calls the town the “Tombstone of the United States”.

Gun fanatics and lobbyists will tell you that carrying a lump of metal in your hand is as American as cooking baked beans and sausages around a campfire. Invocations of the golden age of the Wild West are often heard at times like these, when people need reassurance that the cost of so much death and maiming is worth it.

But there is a flaw in the argument. Yes, the gun was ubiquitous in the days of the westward migration, when the courage and ingenuity of the early settlers flourished. But then, so was scurvy, syphilis, snake bites, mining accidents and amputations. You don’t hear people lauding those hazards as noble American traditions.

“The endurance of the gun in America is not about nostalgia for a golden past,” says Sugarmann. “It’s about political fear. Politicians have abandoned their moral responsibility to ensure public safety because of the perceived power of the gun lobby.”

Don’t blame the Glock 19, blame Loughner
The National Rifle Association, the giant of the gun rights lobby, has put up a statement on its website on the Tucson shooting. “Our thoughts and prayers are with the victims of this senseless tragedy,” it says.

Yet such honourable sentiments are strangely detached from the organisation’s actions, which include the $10m it spent during the 2008 presidential election (drawn from its annual income of more than $200m) to forward the cause of the right to bear arms.

Which is fine so far as the argument goes. But Loughner’s execution by lethal injection, almost certain at some unspecified future date, will not heal Giffords’s head wounds or bring those six residents of Tucson back from the dead. — guardian.co.uk