China says stealth jet test-flight should not scare US 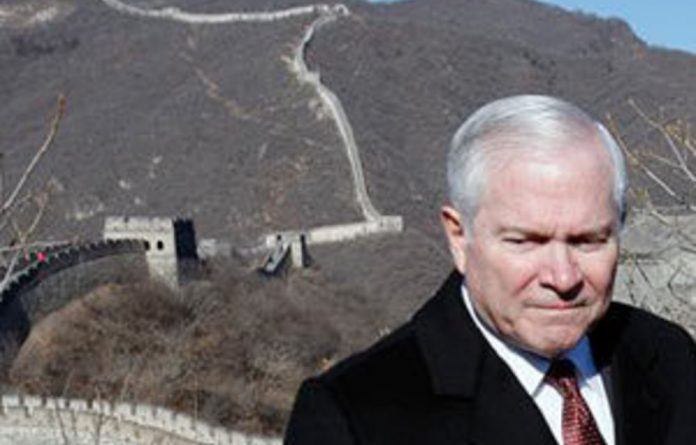 China told the United States on Wednesday that its first test-flight of a stealth fighter jet should not be seen as a threat, reiterating that it had no intention of challenging US military might in the Pacific.

China confirmed it held its first test-flight of the J-20 stealth fighter jet on Tuesday, a show of muscle during a visit by US Defence Secretary Robert Gates aimed at defusing military tensions between the two powers.

“The US should not consider that as a threat to the freedom of its fleet in the Western Pacific,” wrote popular tabloid the Global Times, run by Communist Party mouthpiece the People’s Daily. “Competition from the Chinese military in the air and on the oceans does not challenge US national security, if this competition occurs on China’s doorstep.”

“China has no intention to vie for hegemony with the US in the Pacific. What China needs is more job opportunities and cheaper housing. The significance of the J-20 lies in its capability to create a secure environment for China so it can devote its wisdom and energy to solving domestic problems.”

‘Tears of joy’
China’s state radio said some Chinese had “shed tears of joy” on news of the fighter’s maiden flight.

China has always said its military modernisation is necessary to protect the country’s peaceful development and interests, and also to maintain peace and stability in its region and the world.

“The People’s Liberation Army has no ability and even more than that, has no intention to challenge America’s territory and global military advantage, and does not have any aims to pursue military hegemony in the region,” wrote an unnamed rear-admiral from a top Chinese defence think-tank in a commentary for the overseas edition of the People’s Daily.

The rear-admiral added that the world and the Pacific Ocean were “big enough” to “be able to accommodate the development and actions from both US and China military forces.”

In a statement on Tuesday, Guan Youfei, a deputy director of the Defence Ministry’s foreign affairs office, said the nation’s weapons development “is not directed at any country”.

Some analysts have said that the development of the J-20 is a strong indicator that China is making faster-than-expected progress in developing a rival to Lockheed Martin’s F-22 Raptor, the world’s only operational stealth fighter designed to evade detection by enemy radar.

“I just wish to stress that, as he [Guan] said, China’s defence policy is indeed defensive and is not aimed at any other country,” Cui said.

“No other country has reason to feel worried or troubled about this. What you’ve raised [about the stealth flight] had nothing to do with Defence Secretary Gates’s visit or with China-US relations.”

Beijing’s oft-repeated goal of its peaceful development may not be reflected by some ardently patriotic Chinese, including some outspoken military officers, who have urged the government to press Washington harder over Chinese complaints about US arms sales to Taiwan and US military activities in seas and skies near China.

US Vice-Admiral David Dorsett, director of naval intelligence, has said deployment of the J-20 was years away. – Reuters