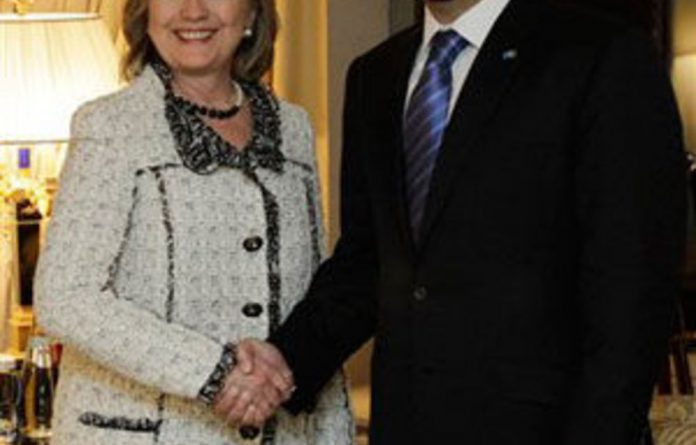 Lebanon’s government on Wednesday looked set to fall after Hezbollah and its allies warned they would quit unless their demands over a United Nations tribunal probing the murder of ex-premier Rafiq Hariri are met.

“If the Cabinet fails to meet [on the UN tribunal], it means there is no government and as such 11 ministers will tender their resignations this afternoon,” Khalifeh said.

The Shi’ite Hezbollah and its allies have for months been pressing Prime Minister Saad Hariri, son of the slain ex-premier, to disavow the UN-backed Special Tribunal for Lebanon (STL) on grounds it is part of a US-Israeli plot.

Hezbollah’s camp, which is backed by Iran and Syria, on Tuesday gave the Western-backed Hariri, who is in Washington, until Wednesday to convene a Cabinet meeting on the tribunal.

According to unconfirmed press reports, the STL is set to indict senior Hezbollah members in connection with Rafiq Hariri’s 2005 assassination.

Khalifeh said Hezbollah ministers and their allies will meet on Wednesday afternoon to decide on their next move.

Environment Minister Mohammad Rahhal, who is close to Hariri, told AFP that Hezbollah’s threat to topple the government was aimed at paralysing the state and forcing it to disavow the tribunal.

“The scenarios put forth earlier were aimed at forcing Prime Minister Saad Hariri to reject the tribunal,” Rahhal said. “When these scenarios failed, they declared political warfare on him today.”

Lebanon’s hard-won unity government is made up of 30 ministers, 10 of them representing Hezbollah and its allies.

In order for the government to collapse, Hezbollah needs to secure the backing of more than a third of the ministers, which Khalifeh said was the case.

Discussions
Hariri on Wednesday was set to meet US President Barack Obama in Washington to discuss the political crisis in Lebanon.

“President Obama will meet with Prime Minister Saad Hariri of Lebanon to discuss US support for Lebanon’s sovereignty, independence, and stability,” White House spokesperson Robert Gibbs said in a statement.

The talks would also focus on “the ongoing work of the Special Tribunal for Lebanon, and other regional issues”, he said.

On Monday, Clinton expressed concern over attempts to “destabilise” Lebanon because of the probe into Hariri’s murder.

“I’m deeply worried about the efforts to destabilise Lebanon,” Clinton said in Abu Dhabi when asked by a television interviewer about the political crisis in Lebanon and concerns of war.

“We should do everything we can to make sure those warnings are not accurate,” Clinton said, when asked to comment on warnings of a regional conflict.

“It’s very important we look at how disastrous a war would be for everyone and it still is a fact there is no solution to the problems that beset the area through war,” Clinton said. — AFP

Kicked out of Lebanese homes and denied entry into the Ethiopian consulate, Beirut’s Ethiopian house helpers are being abandoned on the streets
Read more
Opinion

LONG READ As the world was overtaken by upheaval last year, one photo emerging from the uprisings depicts...
Read more
World

Seven Ethiopians die in Lebanon while their consulate abandons them

The steady stream of coffins being shipped from Lebanon to Ethiopia, won’t be slowing any time soon
Read more
Opinion

EDITORIAL: The year of the global protest

The sheer volume of protests across the world suggests that there may be common themes that run through them.
Read more
Advertising
Continue to the category
Education