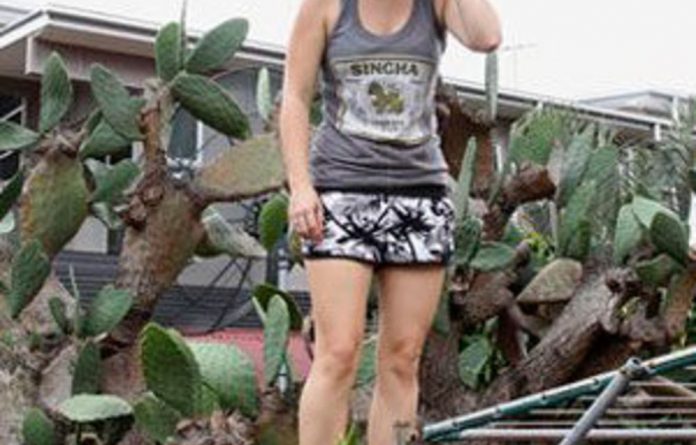 Australia’s third-largest city, Brisbane, was turned into a “war zone” on Thursday with whole suburbs under water and infrastructure smashed as the worst flood in decades hit 30 000 properties.

Shocked evacuees surveyed the damage after floods that have swept eastern Australia peaked about a metre below feared levels around dawn, sparing thousands more properties in the besieged river city.

Queensland’s tearful state Premier, Anna Bligh, said relief was tinged with despair at the damage to homes and major landmarks, as well as the scale of the “post-war” rebuilding effort ahead in the city of two million people.

“It’s a very mixed story here today — there is some relief and I’m grateful Mother Nature hasn’t been as terrible as she could have been, but people are waking up to unbearable agony across our city today,” Bligh told Sky News. “We’ve seen scenes of unbelievable devastation and destruction: entire suburbs where only rooftops can be glimpsed, whole big workplaces … are completely under water.

“Whole industrial parks [and] railway stations under water, bridges, roads all closed,” she added. “What I’m seeing looks more like a war zone in some places.”

Nervous city
A 24-year-old man became the city’s first victim, while two more bodies were found west of Brisbane after Monday’s flash floods wrecked a group of small towns. Fifteen people have now died in the past three days.

The swollen Brisbane River, which runs through the centre of the Queensland state capital, was slowly beginning to recede, but the nervous city was reeling from damage wrought by its worst flooding since 1974.

A massive 300m stretch of a popular concrete walkway that was perched above the river was ripped from its moorings and sped down the river, before being halted by the bravery of a quick-thinking tugboat pilot.

A well-known floating restaurant was among dozens of vessels and pontoons also sent speeding down the waterway, while the downtown Suncorp Stadium resembled a giant swimming pool and the XXXX brewery was also flooded.

Central Brisbane remained a ghost town after office buildings ordered workers to stay away and power was cut to more than 100 000 properties in the region, as a safety measure to avoid electrical fires.

Tough breed
Choking back tears, Bligh said Queenslanders were a tough breed who had overcome adversity before. “We’re the ones that they knock down and we get up again. I said earlier this week that this weather may break our hearts … but it will not break our will,” she said.

The Brisbane River peaked at 4,46m at about 5.15am local time, below levels that devastated the city in 1974.

Residents breathed a sigh of relief as they woke up to the news that they had dodged the worst-case scenario. However, about 12 000 homes were completely flooded, some up to their roofs, and 13 700 were partly inundated.

Another 5 000 businesses were fully or partly hit, according to official estimates.

“It was worse in 1974, a lot worse,” said John McLeod, security director of the Stamford Plaza hotel, which lies near the Brisbane River in the city centre and which was forced to close by flooding.

Meanwhile, rescuers continued their gruesome and painstaking search of communities shattered by Monday’s flash floods, with dozens unaccounted for and grave fears for another 12.

Floodwaters blamed on the La Nina weather phenomenon have turned an area twice the size of Texas into a disaster zone, crippling coal exports and tourism in the “Sunshine State” famous for its Great Barrier Reef. — AFP