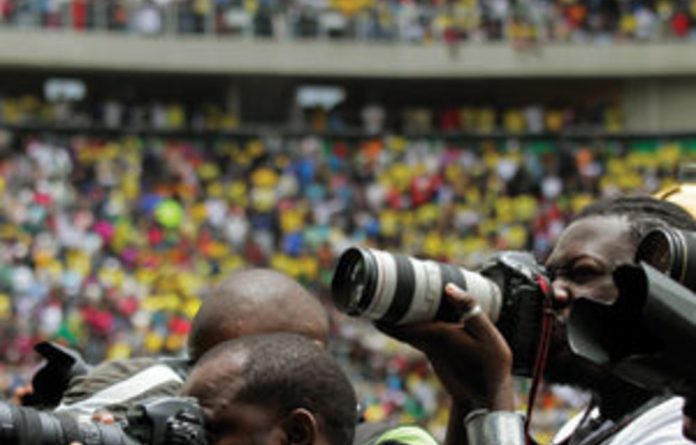 The African National Congress (ANC) has temporarily backed down from its fervent call to establish a media appeals tribunal, but is adamant the press council must reform its rules to include the imposition of fines, in addition to the publication of apologies, for newspapers’ mistakes.

President Jacob Zuma did not mention the media tribunal in his January 8 address in Polokwane and instead appealed to the print media to “speed up its transformation processes”.

This week one of the staunchest supporters of the tribunal, ANC spokesperson Jackson Mthembu, said the ANC had toned down its demands for a media appeals tribunal to give the media time “to reform” themselves. Self-regulation, previously dismissed by the ANC as inadequate, is now back on the table.

Said Mthembu: “We will give you the space to transform yourself and then see where it takes us.”

If the press council imposed measures that “discourage irresponsible reporting” the ANC would stick to the current model of self-regulation, he said. Although Mthembu would not venture to suggest the measures the ANC would consider adequate, he did say that international examples should be considered.

In India and Denmark the law provides for the fining of journalists in extreme circumstances.

Brief relief
The media heaved a collective sigh of relief when Deputy President Kgalema Motlanthe assured editors at a meeting in October that sufficient reform of the self-regulation model would keep the media tribunal at bay. But shortly afterwards Zuma threw a spanner in the works by again maintaining there was a need for a tribunal.

Zuma told a crowd of ANC supporters in Stellenbosch: “That is why the ANC called for the exploration of the need for a media tribunal. The organisation will continue processing the resolutions of both Polokwane and the NGC [national general council] in Durban in this regard.”

The threat of a tribunal, backed by a Polokwane resolution that asks for the possibility of such a tribunal to be investigated, will remain. “If we feel [reform] is falling short we’ll continue to do what we set out to do,” Mthembu warned this week.

Shortly after the national general council of the ANC in September last year, the ruling party was adamant that it would initiate a parliamentary process to devise laws providing for the establishment of a tribunal.

It was originally envisaged that the body would consist of representatives from various groups in society and have the powers to force journalists and newspapers to pay fines if information printed was incorrect.

Under pressure
Mthembu said the parliamentary process had been put on hold until the conclusion of current processes aimed at strengthening self-regulation.

Press Ombudsman Joe Thloloe said the ANC had backed down from its original proposal because of the ruling party’s numerous engagements with editors and media professionals, as well as public pressure.

The media tribunal proposal drew an enormous response from all over the world, with Zuma being questioned about it at international summits. Inside South Africa various pressure groups, such as the Right2Know campaign, came into being and protest marches and petitions were the order of the day.

“The public has reacted strongly to the suggestion of a media tribunal and this led to the ANC toning it down,” Thloloe said. The proposal to include fines in the sanctioning of errant journalists will be considered by the Press Council, which is receiving submissions on the reform of the council and its rules until March.

Several public hearings will be held in Johannesburg, Cape Town, Bloemfontein, Port Elizabeth and Durban, after which new proposals will be adopted by the council with the approval of its constituent members, which include the South African National Editors’ Forum and Print Media South Africa.

Thloloe said all proposals must meet the criteria of strengthening journalism and being practically implementable. Although Mthembu did not attach any time frame to the process, Thloloe said it would probably take up most of this year.