Play mystic for me 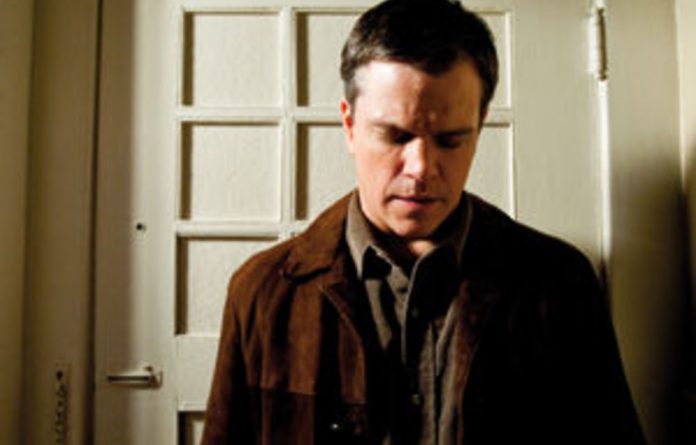 The auteur theory developed by French critics in the late 1950s and early 1960s is often misunderstood.

Yes, they were making a case for the cinematic author — a director whose work could be as personal and individual as that of a writer, composer or visual artist, rather than simply a good overseer of a multitude of collaborators. But they were not, really, at that point, talking about the kind of filmmakers who become “name directors” and establish a sort of brand of themselves.

They were interested in the way authorship can emerge almost by stealth: how commercially oriented directors such as Howard Hawks or Alfred Hitchcock, while producing a variety of movies that conformed to the moneymaking standards of the day, nonetheless put a personal stamp on all their productions.

Those French savants posited the idea that a great director’s thematic obsessions would come through whatever they worked on, from Hawks’s westerns to his screwball comedies, and in Hitchcock’s work, say, whether the film in question be dark (The Wrong Man) or light (To Catch a Thief).

Clint Eastwood has directed more than 30 movies since Play Misty for Me in 1971 and has acted in at least double that amount. Many of his directorial jobs are thrillers or westerns, the latter being the genre in which Eastwood cut his teeth as an actor, but there are also love stories such as The Bridges of Madison County and, more recently, movies in a wide range of genres and on diverse subjects.

Since his triumphant western Unforgiven in 1992, Eastwood has directed a silly comedy about ageing astronauts (Space Cowboys), a child-abuse drama (Mystic River), a boxing movie (Million Dollar Baby), a pair of excellent World War II epics (Flags of Our Fathers and Letters from Iwo Jima), a race drama (Gran Torino), a period drama (Changeling), a movie about the 1995 Rugby World Cup in South Africa (Invictus) — and now he regales us with Hereafter, on the subject of life after death.

Loving Eastwood
Does all this make Eastwood an auteur? At 80 and apparently as vigorous as ever he is certainly a brand of a kind within the mainstream Hollywood industry. His acting work established him as a huge star, and he has often sought out similar characters — usually taciturn and violent, but basically decent. As a director, he’s renowned for his no-nonsense approach, for getting his films in under budget and often with time to spare. Producers love him for that.

But he also often seems to take up whichever script takes his fancy rather than expressing any deep inner obsessions or thematic concerns that would give his oeuvre as director an overall coherence. It’s not as though, even in the retrospect of a directorial career of nearly 40 years, you could neatly corral all his films and name what makes each of them an Eastwood picture.

As with Invictus, you could imagine Hereafter being directed by almost anyone. It has the Eastwood predilection for a muted visual palette, and it has a storytelling solidity that many of his younger peers are unable to produce. But Hereafter has no especial personal stamp, or, for that matter, anything in particular to say.

That is in part because Eastwood and scriptwriter Peter Morgan (famous for The Queen) hold a resolutely noncommittal position on the issue of life after death. The film traces the experiences of three people in relation to the afterlife, but does not make any grand statements about whether, in fact, we are destined for other dimensions after we give up the ghost. It hews to the personal feelings of its protagonists while remaining agnostic on the issue as a whole.

Hereafter opens with the near-death experience, impressively filmed, of a French journalist caught in the devastating Asian tsunami of 2004. That experience changes her life: she finds herself willing to entertain notions that previously, as a hard-nosed investigative journalist, she would probably have dismissed out of hand. Her subsequent quest is one of the three storylines.

The second is that of George, a reluctant clairvoyant. He seems to have a real talent for communication with the dead, and not in the tacky, suggestive style of a John Edwards (“I’m getting a P — I’m getting a P — Anyone for a P? No? Okay, how about an M?”).

Competently handled
In a simple, down-home way, George can bring the bereaved a message from the beyond — and yet he experiences his own uncanny skills as more of a curse than a blessing, and he’s trying very hard to get away from any practice of them. His obsession with Charles Dickens, oddly, helps in this respect.

Third, there is the sad tale of a British boy whose twin dies and from whom he desperately wants some kind of reassuring message. He seeks answers high and low, mostly without success. But you can see where this is heading: a conjunction of the three storylines, with the boy eventually coming into contact with the French journalist and the American seer.

The alternating stories are competently handled by the script and the direction, and the child’s tale is inevitably moving. Matt Damon as the clairvoyant is good in a subdued sort of way, though I found the French journalist rather hard to take seriously. I’m afraid my response to her would have been like that of her publishers — “Are you nuts?”

Obviously, such subject matter would be an excuse for all sorts of flamboyance in the hands of another director, but Eastwood keeps the temperature down and the tone thoughtful. That’s all to the good, but ultimately Hereafter is rather ponderous: Morgan and Eastwood tick all the boxes carefully, from setting to character development, and make sure that everything proceeds in a methodical sort of way.

As far as narrative goes, it’s only the climactic coincidence that may make the viewer pause and wonder about whether the workings of fate aren’t a tad too mysterious.

Hereafter is a solid, watchable movie, without evincing any particular flair or indeed offering any surprises. We know Eastwood can make almost any kind of movie, and we can see that he’s a dedicated craftsman, but if there’s any personal emotional investment in it it’s impossible to locate. (That you will find in his great jazz movie, Bird.)

And, yes, I know this is a serious picture about a serious subject, and hence the tone is likely to be somewhat lugubrious, but even the harshest experiences in life can contain a glimmer of humour.

One might say that all the doors we pass through in our lives are ours. They belong to us, just because we passed through them, or we belong to them
Read more
Friday

The prayers of the ATM, which is a different kind of ATM to the one Shepherd Bushiri would like to make of me, are more apparent
Read more
Advertising