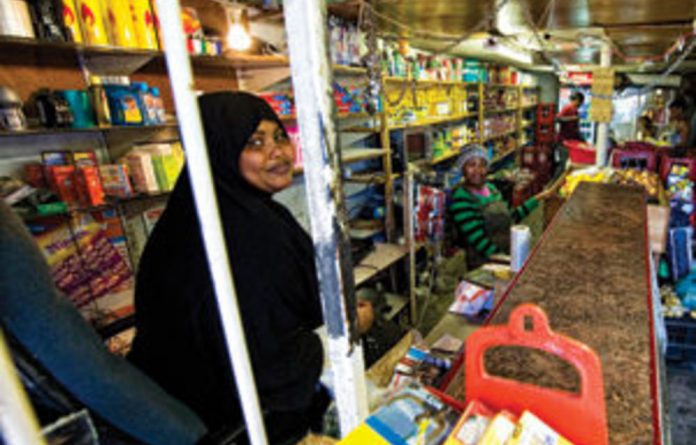 South Africa’s strong rand, a bugbear for manufacturers and exporters in recent months, has been a shield for consumers, mitigating the impact of rising food and fuel prices being seen across the globe.

But experts warn that threats to the rand, including the continued jitters about levels of sovereign debt in Europe, mean local consumers may not continue to be protected.

Economists are split over how quickly or severely the rand could fall in response to global developments, or what might trigger a possible currency weakening.

According to Adrian Saville of Cannon Asset Managers, the overwhelming risks sit in credit markets, particularly in the United States, where the municipal debt problem is becoming evident and sovereign credit risk in the European Union.

Steps taken in 2010 to relieve pressure in the eurozone did little more than “kick the can down the road”, he said.

This week Portugal came under the spotlight with its first bond auction of 2011. It has been under pressure to accept assistance from the EU and the International Monetary Fund (IMF), as it struggles with its debt.

Saville said that, although the rand was a liquid currency, the depth of the market meant “a rush for the door could push the wall” and ­dramatically weaken it.

Inflation risks
He said that, although several policy­makers and economic commentators argued that there appeared to be little inflationary threat, the rise in food prices and commodities indicated obvious inflation risks.

Stemming from significant quantitative easing by the US and the printing of money, there was currently “too much money chasing too few goods”, Saville said.

“South African consumers have been shielded by the strong rand, a shallow and relatively short recession and very low interest rates,” he said. “But if we get inflation kick-through, thanks to the [weaker] rand, we could see the policy response in terms of an interest rate increase.”

Stanlib economist Kevin Lings said that, with portfolio outflows, which were difficult to forecast, other dynamics in the country’s foreign accounts could weaken the rand.

Lings pointed to the county’s current account deficit, which widened to 3% of GDP in Q3 2010, largely thanks to the services account, which had seen increased dividend outflows and lower travel inflows since the World Cup.

In addition, he said, the trade balance was likely to deteriorate as exporters were being hampered by the rand’s strength while imports were expected to increase. This could begin to have an impact on the rand, although this was likely to be modest. Stanlib forecast the rand at about R7.70 to the dollar by the end of the year.

Concerns
Lings said the impact of portfolio outflows, particularly in respect of bonds, presented a greater risk to the rand but were more difficult to predict.

Despite concerns about the stability of the eurozone, investors were aware of these issues and they had been “priced into the markets”. In addition regulators and international bodies such as the IMF had taken many measures to curb a potential crisis.

Cadiz analyst Peter Major said the risks posed by problems in Europe were being overplayed. Other factors were far more likely to “take the boil off the rand”. “Bonds have been trading at 30-year highs, South African property is up 400% in dollar terms [and] equities are up 150% in dollar terms.”

Prudent investment activity alone could see investors begin to leave these markets, which would weaken the rand.

But, he concurred, a significant weakening of the currency could hit local consumers hard. The economy could feel a “double whammy”. Not only could food and fuel prices increase, businesses would begin to feel the effects of steep wage increases granted last year.

André Jooste, the senior manager at the National Agricultural Marketing Council, said a plummeting rand would have a significant, if complex, effect on local food prices. South Africa’s internal supply and demand dynamics would play a role in the way food prices rose.

According to Jooste higher oil prices would have an impact on other inputs to the local food and agriculture sector. “If crude continues to go up it will impact on the direct costs for farmers, such as diesel costs, to run equipment.”

But, he said, it would also affect other inputs such as the cost of fertilisers, plastics and packaging, and the cost of food transport and distribution, which would rise.