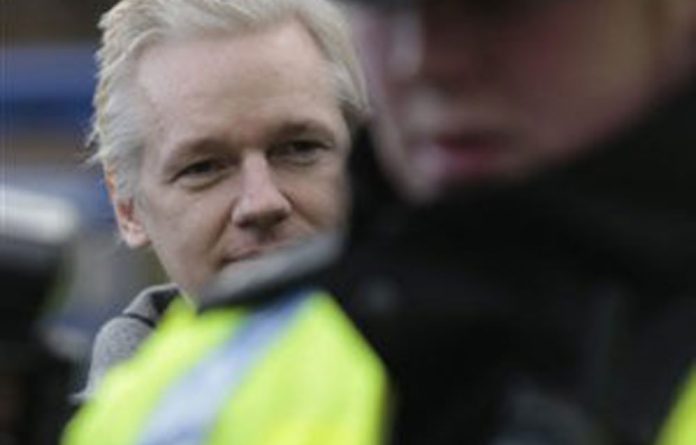 The “tragic” childhood of WikiLleaks founder Julian Assange has been revealed on Friday in court documents, which describe his background as a highly gifted boy who never knew his father, was deprived of formal education and saw his computer as his “only friend”.

One of the most poignant disclosures, in documents from his trial for computer hacking in Australia as a young man, is that Assange lists his absent father, John Shipton, as the nominal owner of his web site, wikileaks.org.

Assange is facing American attempts to build a prosecution against him after the leaking of worldwide US diplomatic cables obtained by the WikiLeaks founder.

A 23-year-old US soldier, Bradley Manning, is expected to be court-martialled in the spring, accused of passing more than 250 000 cables to Assange, although only an edited fraction of them have been published.

An Australian court in Victoria on Friday published much of the transcript of Assange’s sentencing hearing from 5 December 1996, when he pleaded guilty to 24 charges of hacking. Judge Ross described Assange as “‘highly intelligent”.

The transcript provides compelling details about Assange’s early life. The court was told Assange’s mother, Christine, “effectively ran away from home” at 17 and moved to Sydney. In her early 20s she became pregnant with Julian.

“[Julian’s father] never took up residence, or if he did only … for a very short time,” the court was told. “He has had no contact with the prisoner.” At the time of the hearing, in 1996, Assange was 25 .

In October 2006, Assange registered the domain name wikileaks.org with the Californian hosting company Dynadot. He gave the registrant’s name as John Shipton.

In 2008 he re-registered Shipton’s nominal address as Nairobi in Kenya, care of WIkiLeaks. Assange was living in Nairobi and was locked in a legal fight with a Swiss bank, Julius Baer, which was trying to force Dynadot to cancel the registration and remove the WikiLeaks name from the internet.

Assange had posted details of Baer’s offshore clients in the Cayman Islands, some of whom were accused of tax evasion. After a free speech outcry, Baer dropped its lawsuit.

‘Men don’t create victims’
The WikiLeaks founder has cryptically referred to his father several times in interviews, for example telling the BBC’s John Humphries last month he had inherited his strong moral values from him. “Men don’t create victims. They try to stop people from becoming victims,” he said, describing this as a “value that comes from my father”.

It was unclear whether he was referring to Shipton, or to his stepfather Brett Assange, an actor and theatre director whom his mother married. The court heard the young Assange had a close relationship with his stepfather, but the marriage broke down when was seven.

His mother had a relationship with a third man, who became violent, the court papers disclose. Assange and his mother then moved frequently “from town to town” and from “state to state” to escape him, with Assange attending at least 12 schools.

Assange’s mother bought him his first computer at 13 or 14. “This computer, in effect, became his only friend and his only interaction with the outside world,” his defence lawyer, Paul Galbally, told the judge. “Mr Assange literally went from one school to another, sometimes spending four months in one school, sometimes spending six months at another school.”

Galbally added: “He was ostracised from time to time. When he would reach a new community he would be ostracised, he would be, I suppose the colloquial expression is to be picked on, he would be bullied and his only real saviour in life or his own bedrock in life was this computer.”

The transcript was released after an application by the Guardian and the Australian Age newspaper. – guardian.co.uk