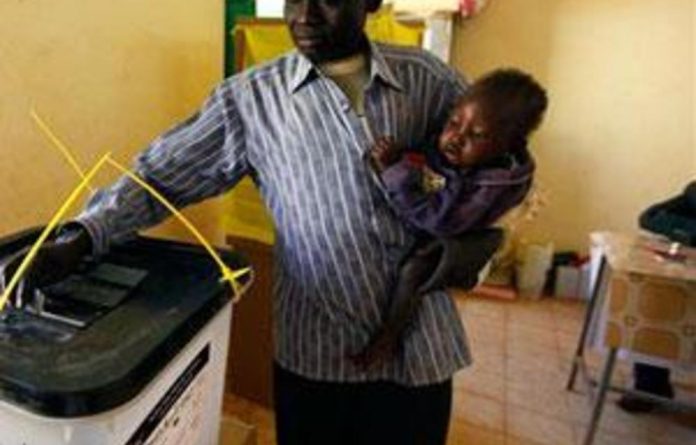 Organisers pressed on with the marathon task of collating the verdict of South Sudan’s independence referendum on Monday after partial results from polling stations showed a landslide for secession.

The two largest foreign observer missions, the European Union and the Carter Centre foundation of former United States President Jimmy Carter, were to give their assessments of the conduct of the week-long polling.

But US President Barack Obama said the observers had been been “extremely encouraged by the credibility of the process to date,” adding that the huge turnout for the vote on separating the mainly Christian, African south from the mainly Arab, Muslim north had been an “inspiration for the world”.

Polling stations across the south were due to complete their counts on Monday, triggering the huge logistical effort of bringing in the ballots to county centres across a vast war-ravaged region that has just 40 kilometres of paved road.

In the regional capital Juba, the first voting centres to post their results all returned huge majorities for breaking away from the north and turning the page on the five decades of conflict that have blighted Africa’s largest nation.

At the polling station set up by the tomb of veteran rebel leader John Garang, who signed the 2005 agreement that ended the last, 22-year civil war shortly before his death, the D section recorded 3 066 votes for secession to just 25 for union with the north.

Remote countryside
There was no way of knowing how representative the results were of the vote in south Sudan as a whole. Much of the region is remote countryside where illiterate herders range over big distances with their livestock.

A Unitd Nations panel set up to monitor the referendum cautioned that “while the Sudanese would want to know the outcome of the referendum quickly, we urge the people of Sudan to be patient and be aware that only the results announced by the referendum authorities are official”.

The final result to determine whether the south secedes to become the world’s newest country in July is not expected before next month.

The UN panel also stressed the importance of the protection of civilians in the weeks ahead after ambushes of southerners returning from the north for the referendum left at least 10 people dead.

“The panel calls on all sides to play their part to ensure the security of the population,” a statement said.

The deaths were part of an upsurge of violence in and around the disputed district of Abyei on the northern border that had been due to hold a plebiscite on its own future alongside the southern referendum. It has been indefinitely postponed.

The south’s internal affairs minister Gier Chuang was to travel to the northern town of Kadugli on Monday for talks with Interior Minister Ibrahim Mohammed Ibrahim and leaders of Abyei’s feuding Ngok Dinka and Misseriya Arabs aimed at ending the violence.

“We have spent so many years bleeding in the bush and losing our close friends and brothers, both north and south will have to think twice about war,” Chuang said before heading to the talks.

Fighting between the Arab nomads and the settled pro-southern farmers has claimed up to 38 lives inside Abyei in the past 10 days and the south has suspended bus convoys for those returning through the area.

UN Sudan humanitarian coordinator Georg Charpentier said that the UN-facilitated talks were aimed at building on a previous meeting between the leaders of the two ethnic groups which broke the ice last week.

He said the aim was to “ensure that the flow of return through the south … is done smoothly, and at the same time that the Misseriya — the nomadic groups — can indeed engage as usual, beginning January, in their migratory movement to the south.” — Sapa-AFP