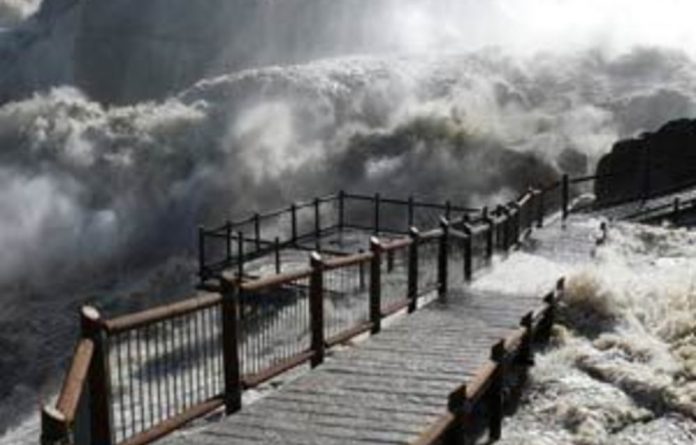 On Monday morning, 34 people were evacuated in the Ivory Park area north of Johannesburg, and four rescued in Centurion as floods swept through the area, emergency services said.

Tshwane community safety spokesperson William Baloyi said four people were rescued in separate incidents when they were swept away in their vehicles as the Hennops River pushed through Centurion.

At the same time, emergency personnel were moving through the smallholdings along the river bank to make sure everybody was accounted for, since they first started receiving worried calls after midnight as the river roiled through the farming belt.

“Our concentration is on the smallholdings, moving from house to house and checking,” said Baloyi.

They were told of a number of people who were unaccounted for, but were hoping they had simply stayed away from home for the night.

One woman was believed to have been swept away near Nellmapius, so the team was still out searching for her.

Swept away
Netcare 911 spokesperson Jeffrey Wicks said two women were found sitting on top of their cars after being swept away by the Hennops River in Irene, Centurion, late on Sunday night.

“The women, separated by several hundred metres, spent hours precariously atop the roofs of their submerged vehicles after the river broke its banks. Both were rescued by medics and firefighters in the early hours of the morning.”

“There were fast moving torrential currents of water. People were under threat of being washed away.”

They evacuated people from that settlement as well as from Rabie Ridge and Ebony Park.

An operational centre was established at Ivory Park fire station which can be contacted on 10177.

“I am devastated,” she told the South African Press Association in a telephonic interview after a flight over around the flood-hit areas in Douglas, Prieska and Warrenton in Northern Cape and Christiana in North West to look at the damage caused by the floods.

It was estimated that 20 000 hectares of agricultural fields were under water.

She said the government would also look at social relief for the poor and farm workers.

Due to the huge agricultural area flooded, there were also concerns about the knock-on effect of threatening higher food prices later on, which may cause inflation to rise. However, she told the Star that a full assessment could only be made once the water levels had dropped.

Joemat-Pettersson said there was also the threat that many farm workers would be displaced because many farmers could be ruined due to the flooding.

Sapa reported that the Orange River also burst its banks and food parcels had to be delivered towards Pofadder, with several rescue operations taking place as roads flooded.

More rain has been predicted by the South African Weather Service across large parts of the country until Friday. – Sapa and M&G Reporter