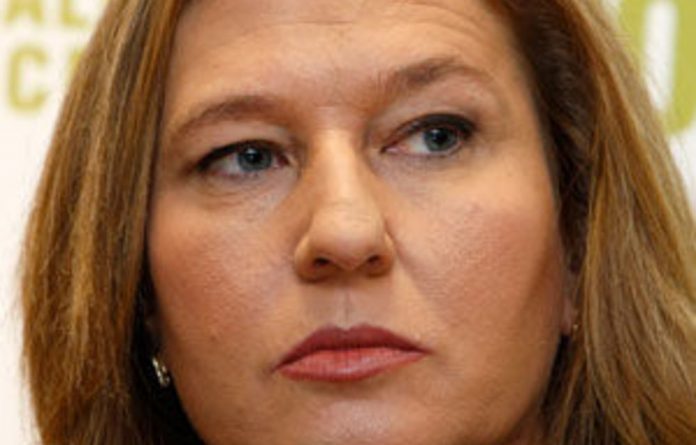 The Hawks were deliberating on Tuesday whether there were grounds to issue an arrest warrant for former Israel foreign minister Tzipi Livni, due in South Africa this month, for her role in the Gaza war between 2008 and 2009.

“We are deliberating … no decision has been taken. We are looking into whether there is any evidence that would warrant us to act,” said Hawks spokesperson McIntosh Polela.

The Hawks and the National Prosecuting Authority (NPA) received a request from the Palestinian Solidarity Alliance (PSA), along with the Media Review Network (MRN) and Lawyers for Human Rights, calling for Livni’s arrest when she visits the country later this month.

She is due in South Africa on invitation from the South African Jewish Board of Deputies (SAJBD) to talk in Cape Town and Johannesburg.

Polela said in this case, even if there was enough evidence against Livni, she was likely to have diplomatic immunity.

“We have to evaluate. If there is evidence that is strong enough to issue or obtain a warrant … we then have to look into whether or not she has immunity.”

He said the investigator was set to meet Hawks boss Anwa Dramat on Wednesday when a decision was likely to be taken on the way forward.

‘Encouraged’
NPA spokesperson Mthunzi Mhaga confirmed receipt of the request but referred all media queries to the Hawks.

After the Gaza war, the MRN and the PSA compiled a dossier, some 3 000-pages long, and submitted it to the NPA.

Livni was cited in the dossier as one of the “key architects” of the onslaught on Gaza’s civilian population, said MRN chairperson Iqbal Jassat.

He told the South African Press Association on Thursday that he hoped the application would be a success.

“We are encouraged by the support from Cosatu [Congress of South African Trade Unions] who made a similar call, and Amnesty International. We therefore feel quite encouraged and hope that the ANC [African National Congress] government would consider the negative fall out if such a visit does go ahead, especially given the support of the ANC for the Palestinian people,” he said.

Cosatu joined the call for a warrant for Livni’s arrest on Tuesday, saying the United Nations fact-finding report on the war — led by South Africa’s Judge Richard Goldstone — confirmed that the action constituted war crimes and singled out Livni.

The report, according to Cosatu, quoted her as saying: “[Israel] is a country that when you fire on its citizens it responds by going wild — and this is a good thing.”

‘Intimidation tactics’
The SAJBD on Friday accused the MRN of playing “petty politics”.

“Livni has become one of Israel’s leading voices for negotiations with the Palestinians with the aim of achieving peaceful coexistence between Israel and its Palestinian neighbours.

“She has consistently been supportive of a viable Palestinian state, and this has won the respect of the international diplomatic community for her commitment to making peace,” the board said in a statement.

It added that Livni had earned a reputation as being “honest, clean and sticking to her principles”.

SAJBD spokesperson Zev Krengel said the board saw no reason why the MRN’s actions should thwart or hamper Livni’s visit. He confirmed that Livni’s visit would go ahead.

“It’s pure intimidation tactics by people who do not want to see a solution to the situation in the Middle East.” — Sapa