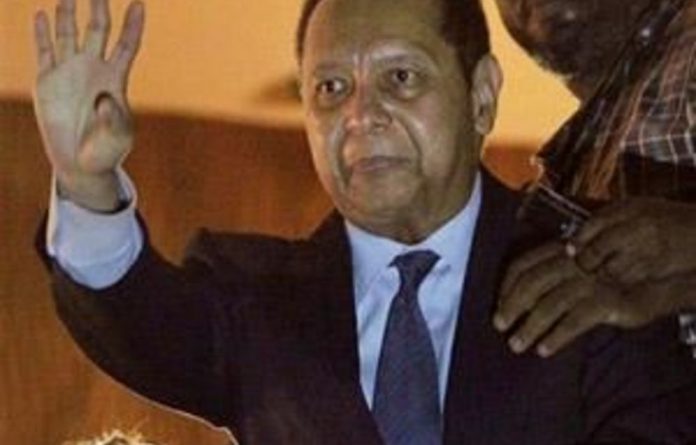 United Nations (UN) human rights officials are looking into Haiti’s ability to charge returning ex-dictator Jean-Claude Duvalier over abuse that took place during his reign, a spokesperson said on Tuesday.

“Clearly the whole issue of him and impunity and accountability surrounding him has come back sharply into focus because he has now reappeared in Haiti, where it’s conceivable that charges could be brought,” said Rupert Colville, a spokesperson for the High Commissioner for Human Rights.

“Baby Doc” Duvalier flew back to the traumatised and impoverished Caribbean nation from exile in France on Monday 25 years after he was ousted, to the dismay of many Haitians.

He succeeded his father until 1986, maintaining an iron-fisted grip on power enforced by the country’s dreaded secret police, the Tonton Macoutes.

“There are major issues surrounding him such as a considerable range of human rights abuses that took place in Haiti during the 15 years in which he was in power — especially by the Tonton Macoutes — and other issues such as corruption,” said Colville.

“It’s not clear if Haiti is in a position to arrest and charge Jean-Claude Duvalier for anything at this point, it’s something we’re looking into right now,” he added.

‘Various cases’
Colville said it was not even clear of there was any kind of pending arrest warrant in Haiti.

“Everyone knows some very bad things happened in Haiti but you have to have a basis for some kind of charge.”

However, Enrico Monfrini, a Swiss lawyer for the Haitian government who is seeking to recover Duvalier funds from Swiss bank accounts, said that Haitian authorities launched a criminal complaint against him in 2008.

“There is a pending investigation … also for assassination, torture, other violence and corruption, embezzlement,” he told Agence France-Presse. “No doubt about it.”

The UN checks are also looking into Duvalier’s apparent impunity during his 25-year exile, most recently in France.

“I believe there have been various cases brought over the years in France, but we are checking into exactly what happened over the many years he was resident in France and why he wasn’t arrested,” Colville explained.

The Tonton Macoutes have been accused of kidnapping, torturing and killing up to 30 000 suspected opponents during the 1960s and 1970s.

Duvalier, now 59, his family and supporters were also accused of plundering tens of millions of dollars from state coffers. — AFP

The UN is currently going through a serious liquidity crisis because many countries have not paid their annual dues, and it is therefore unable to fulfil all its mandates
Read more
Health