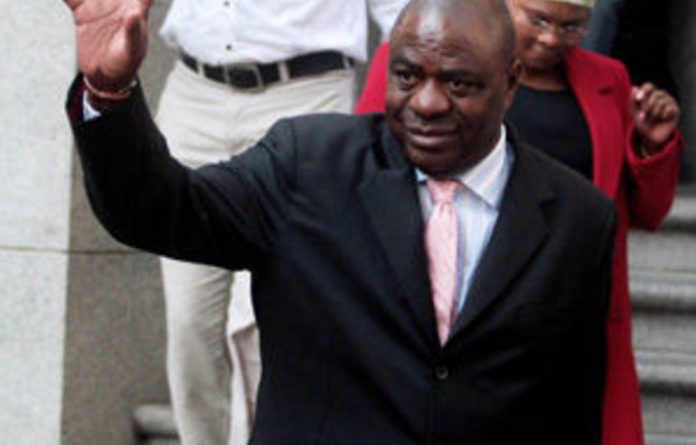 The faction of the youth movement aligned to apparent party leader Mosiuoa Lekota — which claims to have been legitimately elected — was addressing reporters in the foyer of the Metropolitan Building, Cope’s new Johannesburg headquarters.

“The tensions and hassles … were not just motivated by mere ambitions of individuals … They are fuelled by the ANC who have planted moles in our organisation since its inception,” Rangata charged.

He could not provide evidence of the allegation.

“We don’t have information that we can give you … These are very secretive plans. It’s not paranoia, it’s a fact … You wait and see.”

Plot hatched in ‘ANC war room’
The main aim of the ANC’s alleged plan to “destabilise” Cope was to deliver it back to the ruling party.

“It’s a plan hatched in the war-room of the ANC.”

Shilowa on Wednesday declined to be drawn on the allegations.

“I do not want to comment on these allegations, I am busy with party work and preparation for local government elections,” he said in a brief telephonic interview.

The party has been plagued by a power struggle between co-founders Lekota and Shilowa. It is presently unclear who the legitimate president of the party is, because both men claim the title.

According to the Lekota faction, Cope’s chaotic elective conference in December was abandoned due to violence and disruptions. The Shilowa camp however claimed the conference held a legitimate election and a new leadership had been appointed.

Locked out
The Cope youth members who hosted the media briefing and other Lekota-aligned members were locked out of the Cope offices on Wednesday morning by a group of security guards apparently appointed by the Shilowa faction.

Burly men in black suits stood guard outside the door, preventing anyone from entering. The police were called in to help the Lekota-aligned members gain entry to the offices by midday.

Nikiwe Num, Cope’s acting general secretary, said the leadership was “protecting Cope’s property and the smooth running of the party” by hiring security guards to bar entry to those wanting to cause “anarchy”.

“We received information yesterday that those who illegally declared themselves as leaders of the youth movement planned to have a press briefing at the offices.

“… a meeting in December, chaired by the former president, Mr Lekota, rejected this youth movement,” she said.

Despite having two self-proclaimed presidents and youth movements, Num was adamant there was no split in Cope.

“There is no split. There is just a small group of individuals still calling themselves the national leadership,” she said. – Sapa