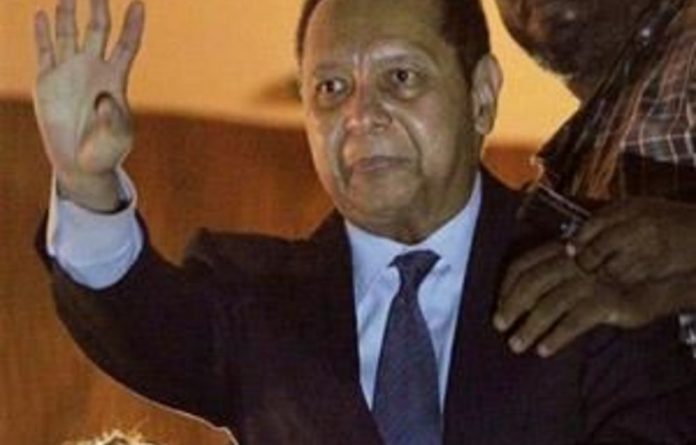 Duvalier (59) who fled Haiti in 1986 from a popular uprising, was questioned at the chief prosecutor’s office in Port-au-Prince after armed police escorted him from the luxury hotel where he had stayed since his unexpected arrival on Sunday.

His return to his poor, earthquake-battered Caribbean homeland was a shock to Haitians and to foreign governments at a time when the country is in the midst of a political crisis caused by chaotic and inconclusive elections held on November 28.

The political uncertainty comes on top of an ongoing cholera epidemic that has killed more than 3 800 people and efforts to rebuild the crippled nation after the huge earthquake a year ago that claimed more than 316 000 lives.

The former “president-for-life”, who is accused by human rights groups of being responsible for the killing and torture of thousands of opponents, faced questions and possible prosecution over money stolen from the national treasury during his 15-year rule, officials said.

“Mr Duvalier is under the control of the judicial system. He’s not free,” chief prosecutor Aristidas Auguste told Reuters.

As Duvalier was led from his hotel room under heavy police guard, accompanied by his wife, he waved at journalists and some supporters gathered outside the hotel. Armed police, some wearing masks, had earlier sealed off the hotel.

Duvalier supporters shouting “Free Duvalier! Free Duvalier!” chased the police vehicle taking him away, and some tried to block its path with burning tires but the convoy evaded them.

Earlier, a senior government official told Reuters Duvalier would “remain at the disposal of the judicial system”.

“They will determine whether to prosecute him,” said the official, who asked not to be named.

Haitian authorities in the past have accused Duvalier and his clan of plundering state coffers of several hundred million dollars and hiding the money abroad. There have been moves in Swiss courts to recover some of the money.

‘Adds to Haiti’s burden’
Since his arrival in Haiti on Sunday, human rights groups and critics have demanded the government arrest and prosecute Duvalier — one of the 20th century’s most notorious dictators.

As a chubby playboy and the world’s youngest head of state at 19, Duvalier assumed power in Haiti in 1971 on the death of his father, feared dictator Francois “Papa Doc” Duvalier.

Foreign governments which are trying to help Haiti steer through its electoral crisis said they were worried that Duvalier’s return was an unwelcome and unneeded distraction.

The Haitian government official told Reuters a previous judicial complaint against Duvalier, for “money stolen from the treasury”, had been reactivated. He added he believed a number of other complaints from private individuals, for other alleged “crimes”, were also being prepared.

There were mixed reactions in Port-au-Prince to Duvalier’s detention. “If there’s justice in the country, it’s working, but if there’s impunity, that’s a problem,” said Toussaint Evul (29) who was selling sunglasses outside the prosecutor’s office.

Bystander Guy Claude Geffard (32) said: “It’s not right that after 25 years outside the country he comes back home and they arrest him. There are many people in the country who have committed crimes and they didn’t arrest them.”

Elections impasse
Duvalier said on Sunday he had returned to show solidarity to Haiti and wanted to participate in its “rebirth.”

But analysts say his return could not come at a worse time for Haiti, which is on nervous edge after the confused November 28 legislative and presidential elections. Preliminary results released last month triggered fraud allegations and violent street protests.

A team of Organisation of American States experts have carried out a verification of the contested results and have challenged them in a report presented to outgoing Haitian President René Préval.

Haiti’s provisional electoral council, the elections authority, must decide whether to accept the OAS recommendation to include Martelly and drop Celestin in the runoff, which will include opposition matriarch Mirlande Manigat. Manigat received most votes in the first round but not enough to win outright. – Reuters