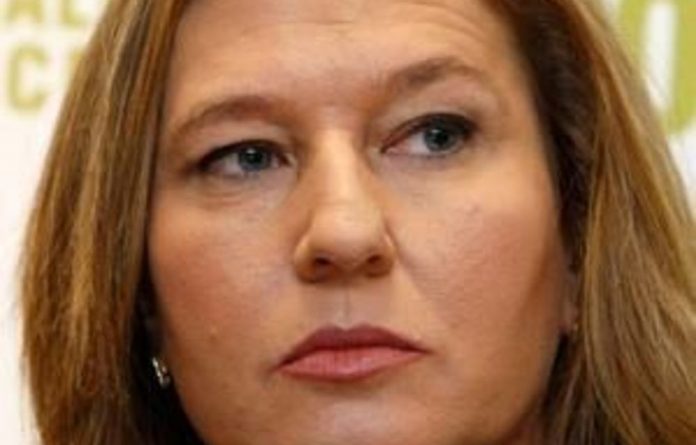 Amid calls for her arrest, the trip to South Africa by Israel’s former foreign minister, Tzipi Livni, has been postponed due to a current labour strike in Israel, the South Africa Jewish Board of Deputies (SAJBD) said on Wednesday.

“Livni was due to arrive in South Africa this week for a series of meetings and public addresses in Johannesburg and Cape Town. The South African Jewish leadership invited Livni and arranged her itinerary.”

Zev Krengel, chairperson of the SAJBD, stressed that the postponement “had nothing whatsoever to do with threats by local anti-Israel activists” to call for Livni’s arrest on her arrival in South Africa.

“Rather it was entirely due to technical administrative obstacles caused by Israel’s state employees union strike that prevented the necessary arrangements from being made,” Krengel said.

“A number of other scheduled diplomatic visits to and from Israel have also been postponed as a result of the strike, including that of Russia President Dmitry Medvedev and Germany’s Chancellor Angela Merkel.”

‘Act of provocation’
The Media Review Network (MRN) on Friday tried to secure an arrest warrant for Livni on her arrival to the country.

The MRN and the Palestinian Solidarity Alliance compiled a dossier, about 3 000-pages long, and submitted it to the National Prosecuting Authority.

Livni was cited in the dossier as one of the “key architects” of the Gaza incursion by Israel.

“We believe that her visit to this country would be an act of provocation and are therefore deeply disappointed that her hosts — the Jewish Board of Deputies — displayed such intolerance and callousness by having a known murderer who is a wanted criminal in many parts of the world, visit SA,” Jassat said.

Diplomatic immunity
On Tuesday, the Hawks said its officials were deliberating whether there were grounds to issue an arrest warrant.

“We are deliberating … no decision has been taken. We are looking into whether there is any evidence that would warrant us to act,” said Hawks spokesperson McIntosh Polela.

Polela said in this case, even if there was enough evidence against Livni, she was likely to have diplomatic immunity.

“We have to evaluate. If there is evidence that is strong enough to issue or obtain a warrant … we then have to look into whether or not she has immunity.”

The Congress of South African Trade Unions (Cosatu) joined the call for a warrant for Livni’s arrest on Tuesday, saying the United Nations’ fact-finding report on the Gaza incursion — led by South Africa’s Judge Richard Goldstone — confirmed that the action constituted war crimes and singled out Livni.

The report, according to Cosatu, quoted her as saying: “[Israel] is a country that when you fire on its citizens it responds by going wild — and this is a good thing.” — Sapa