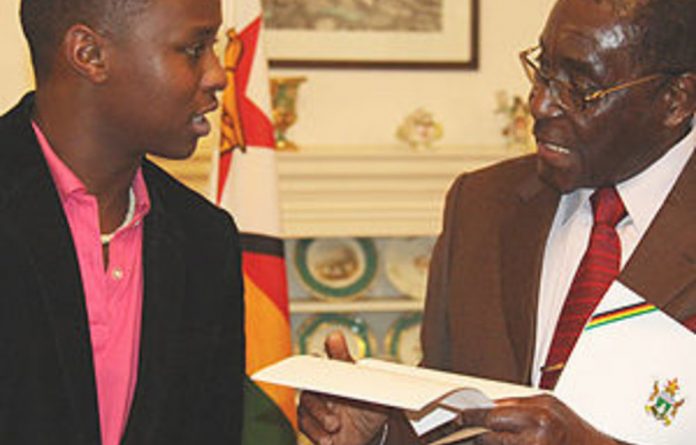 Zimbabwe’s finance minister warned on Wednesday that his country could face a “bloodbath” at elections this year and urged the international community to do more to prevent crises in Africa.

Tendai Biti, a former opposition stalwart who has helped bring Zimbabwe’s economy back from the brink of collapse, warned of “disastrous, debilitating consequences” if there is a repeat of the violent, contested elections of 2008.

“The tell-tale signs are already there that you could have another bloodbath,” he told Agence France-Press (AFP) on the margins of a global poverty forum in Johannesburg.

“What is required is pro-activeness to prevent quite clearly a foreseeable situation,” he said, alluding to the need for foreign states to step in.

Stand-off
President Robert Mugabe, who has led Zimbabwe since 1980, has called for new elections this year, saying the tense power-sharing government formed after the 2008 vote is no longer working.

Biti’s party, the Movement for Democratic Change (MDC), and Mugabe’s Zanu-PF formed a coalition government in 2009 after a violent presidential poll that saw MDC leader Morgan Tsvangirai withdraw from the race, citing violence against his supporters.

The stand-off ground the country to a halt and sparked an economic crisis that saw hyperinflation reach world record levels of billions of percent.

Biti, who told AFP he inherited “the worst job in the world” as finance minister, oversaw an economic overhaul in which the country ditched its inflation-ravaged currency and adopted the US dollar.

The move helped bring inflation down to a figure of 3,2% last month.

However, Biti warned of a return to economic crisis if new elections unleash fresh violence or if Zimbabweans see them as unfair.

“If citizens feel that this is not an election, this is a sham and an excuse for assaulting us or torturing us, of killing us, of destroying our livestock, there will be capital flight, there will be physical flight across the border,” he said.

“If that is the case, yes, there will be disastrous, debilitating consequences. All the work we have done, all the construction we have done, will dissipate … in seconds.”

‘International institutions have failed Africa’
Biti also criticised the international community for reacting late to developing crises in Africa, and urged the United Nations, the African Union and the Southern African Development Community (SADC) to prepare for the possibility of a fresh crisis in Zimbabwe.

“International institutions have failed Africa. They are reactive. They wait for crises to happen,” he said, citing the current political stand-off in Côte d’Ivoire as an example.

“What is required is pro-activeness to prevent quite clearly a foreseeable situation,” he said.

A poll published on January 5 showed that 70% of Zimbabweans want elections this year, but less than half the electorate believed such polls would be free and fair.

One in seven also feared election campaign intimidation or violence, which characterised the 2008 vote, amid slipping confidence in the unity government.