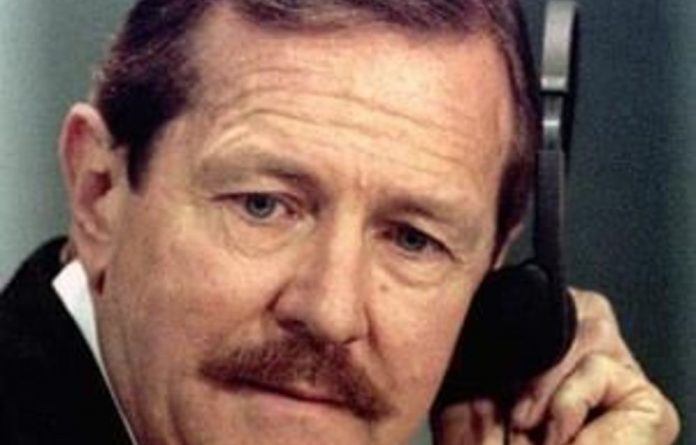 Clive Derby-Lewis who is serving a life sentence for the murder of South African Communist Party leader Chris Hani learned on Friday that his prostate cancer was aggressive, his lawyer Marius Coertze said.

Dr Wayne van Niekerk from Gauteng Oncology said Derby-Lewis (75) would need to be hospitalised next month for seven weeks and would then need to attend daily radiotheraphy for 25 days, Coertze said.

“Now that Derby-Lewis is seriously ill, will the parole board not consider [his] release on health grounds? The leniency [showed to] Shabir Shaik is often quoted as an example of South Africa’s selective justice under the ANC, Communist Party alliance,” he said.

Derby-Lewis began treatment in October last year. He received his doctor’s oncology report on Friday, and it was also addressed to the Department of Correctional Services (DCS).

Besides prostate cancer, he is also undergoing treatment for skin cancer and a leg infection that turned gangrenous, apparently after he bumped it against an iron bed.

“It is ironic that this man who has been recommended for parole twice is still in jail due to the manipulations of the Communist Party and Advocate George Bizos [for the Hani family], who are doing all in their power to thwart the parole process by manipulating the system,” Coertze said.

“In terms of Chapter 2 of the Constitution’s Bill of Rights, ‘everyone is equal before the law’, and ‘everyone has the right to administrative action that is lawful, reasonable and procedurally fair’. Apparently not so in the case of Clive Derby-Lewis, as bitter experience has taught.”

Intercepted documents
In August 2007, the Correctional Supervision and Parole Board (CSPB) recommended that Derby-Lewis be granted parole.

Documentation was forwarded to DCS for consideration and recommendation before being sent to the correctional services minister.

“These documents were intercepted by Advocate Thozana Mqobi, who happened to be the then wife of erstwhile Department of Correction Services Minister Ngconde Balfour,” he said.

Coertze accused the DCS of lying under oath that they never received these court papers.

Derby-Lewis was convicted of conspiracy to murder and was initially sentenced to death for his role in Hani’s assassination, but it was changed to life imprisonment when the death penalty was outlawed in 1995.

He confessed to his role in the assassination to the Truth and Reconciliation Commission.

No parole yet
In December, the DCS said it would not parole Derby-Lewis by the end of that year as further information on his case was required.

“Offender, Derby-Lewis, was informed today of the minister’s decision based on the recommendation by the National Council for Correctional Services (NCCS) that he should not be placed on parole as yet,” the department said.

This was in terms of the Correctional Services Act, 1998, which states that the correctional services minister must make the final decision, based on a favourable recommendation by the NCCS.

The council wants further documents to be provided before making a final decision, and has recommended that he should again appear before them at their first meeting in scheduled for this year.

The department could not be immediately reached for comment on when this would take place. — Sapa