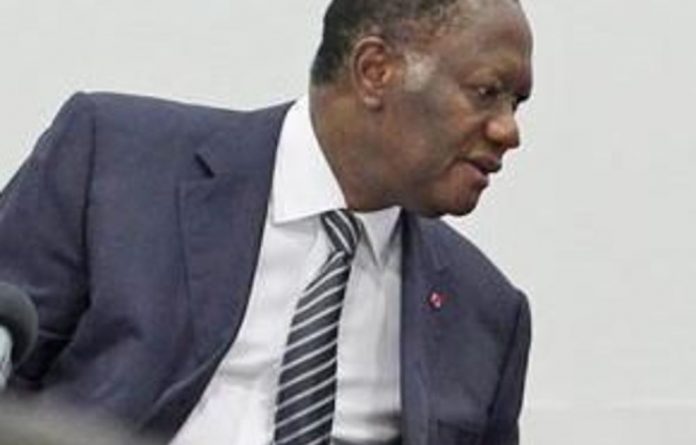 West African presidents tightened the screws on Côte d’Ivoire’s Laurent Gbagbo on Saturday, ridding him of an ally at the top of the regional central bank who had safeguarded his access to funds.

World powers and African states have been pressing Gbagbo to cede power after a November presidential election that United Nations-certified results showed he lost to rival Alassane Ouattara, with the regional bank last month announcing it would no longer accept Gbagbo’s signature.

But the bank’s governor, an Ivorian seen as close to Gbagbo, failed to impose the decision by the bank’s ministers and will be replaced, the heads of state from West Africa’s single-currency zone announced.

“The conference is concerned about the impact of the non-application of [the ministers’] decision on the stability of the economic, financial and monetary system of the union,” they said after an emergency summit in Mali’s capital.

“The conference has taken note of the resignation of Mr Philippe Henri Dacoury-Tabley from his post as Governor of the Central Bank of West African States,” the leaders added in a declaration, adding the current vice-governor would take over until a permanent replacement is found.

The declaration said Gbagbo’s rival Ouattara, who has formed a parallel government in a hotel in Côte d’Ivoire’s main city, had been invited to propose a permanent replacement for the central bank governor role. Guillaume Soro, Ouattara’s prime minister, said this would be done “quickly”, without giving a timeframe.

Patrick Achi, spokesperson for the Ouattara-appointed government, called the move an important step.

“We are satisfied. We are heading towards the control of the accounts but it will happen in stages,” he said, adding that the next step would have to be the replacement of the director of the bank in Côte d’Ivoire, who he said was also pro-Gbagbo.

Ouattara says Gbagbo has tapped between 80 and 100-billion CFA francs ($160-200-million) from Ivorian accounts at the bank despite regional recognition that Ouattara won the poll.

Ahoua Don Mello, a spokesperson for Gbagbo’s government, called the decision in Mali “hasty and inappropriate”, adding that it would continue to challenge it in the regional court of justice.

“Ivory Coast believes it is dangerous to mix politics with economic and monetary policy,” he said on state television. “All steps have been taken to ensure the Ivorian banking system will continue to function.”

Gbagbo’s camp has brushed off previous efforts to squeeze it of funding and so far appears to be retaining control of the bulk of revenues from cocoa and oil production.

French spat
Meanwhile, a spokesperson for Gbagbo’s government announced on state television on Saturday that France’s ambassador in the country was no longer accredited — retaliation for French recognition of a Ouattara-nominated diplomat in Paris.

The French government rejected the statement as “null and void, without any legal impact”.

The United States and the European Union have imposed sanctions on Gbagbo and his inner circle, while West African regional bloc Ecowas and the African Union have said a military intervention is possible if other measures fail.

Gbagbo, who has ruled the former “pearl of West Africa” since 2000, has defied calls to quit after the November 28 election, prolonging a stand-off that has killed 260 people and risks throwing the top cocoa grower back into civil war.

Cocoa futures have hit eight-and-a-half month highs on concerns of possible supply disruptions in Côte d’Ivoire, which supplies about a third of the world’s market.

The country missed a $29-million payment on its $2,3-billion bond due 2032 at the end of December, but has a grace period until the end of this month before it is declared in default.

Despite the threat of force by African states, there is little appetite among neighbours for armed intervention that could cause more bloodshed, and nations such as Ghana say they will not offer troops.

Leaders of the 53-state African Union will discuss next steps at a summit at the end of the month, and signs are emerging of cracks in an official AU line insisting that Gbagbo immediately make way for Ouattara to take power.

Sparking new tension with the United Nations, which has defied a Gbagbo order for its 10 000 peacekeepers to leave the country, the Ivorian army said its forces were under instructions to stop and search vehicles with UN markings. – Reuters