Debate is the answer to prejudice 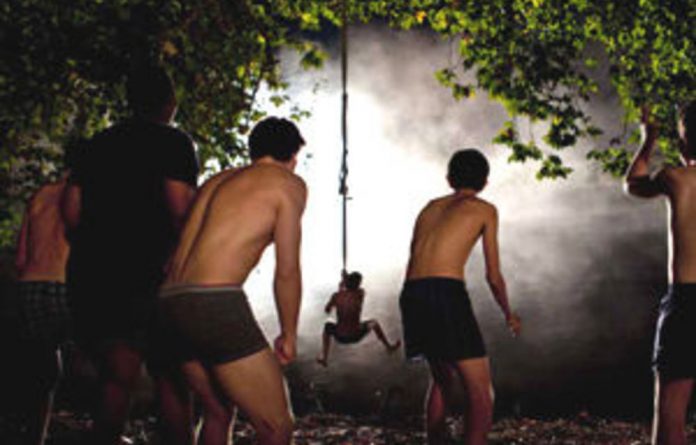 Justice Edwin Cameron has justly been heralded as an exemplar of the kind of judge required to meet the transformative demands of our Constitution.

Both in his judgments and principled public interventions, in particular his brave stand against the Mbeki Aids denialists and the fight against homophobia in our society, Cameron has significantly advanced the cause and scope of the Constitution to the benefit of our democratic project.

Now he may be most famous for being the judge at the centre of public debate regarding his now public views about depictions of homophobic behaviour in the Spud movie.

Cameron is not the only judge who has sought to balance the demands of the judiciary with those of public debate on controversial questions. Justice Albie Sachs, in particular in a recent book letting the public gain insight into the secrets of his form of adjudication, and Judge Dennis Davis, who has spoken publicly on matters of controversy on his topical television programme, as well as on issues affecting the Israel/Palestine question, have both been similarly active.

At the very least there should be no objection to judges being involved in the public’s education about constitutional values. More controversial is when they talk about issues that go to their own identity because this personalises the debate and could call into question the judge’s objectivity or impartiality when called upon to adjudicate on such matters.

Another plausible objection is that judges should eschew public controversy and avoid public comment that could elicit fierce public debate because this also focuses unnecessary attention on the judge personally.

One would have thought that our apartheid history illustrated the real danger to an independent judiciary — judges who hid behind the veil of silence but lent huge active support to a regime that was expressly designed to undermine the rights of the majority, whether by way of their judgments or by presiding over commissions of inquiry.

Vitality
Judges who articulate constitutional values, at the very least, enhance the principles of transparency and accountability, which bring vitality to our constitutional enterprise.

In Cameron’s latest intervention regarding scenes from the movie Spud, he has promoted a serious debate about the responsibility of artists concerning the treatment of prejudice. It should be noted that the judge’s letter was apparently a private epistle but, for the reasons given already, it should make no difference if it was intended for public consumption.

Briefly, Cameron criticises the scene in the film where the John Cleese character speaks of “rogering” lesbian writers such as Virginia Woolf, as well as the denigratory portrayal of an effeminate gay man, which is coupled to the tired old homophobic joke about rugby scrums and “more ­pressure on the rear”.

Cameron draws attention to the vicious climate that confronts gays, lesbians and transsexuals both in this country and in other parts of Africa. He then questions the basis on which a South African filmmaker can employ this kind of portrayal when viewed within such a dangerous climate of prejudice and hatred.

These are important questions that do not necessarily admit easy answers. Spud takes place within the context of a posh private school — certainly in the recent past a site of huge prejudice against anything other than a model of the Waspish male.

Ignoring prejudice
To ignore the kind of prejudice exhibited by the schoolteachers in such institutions would be to jettison historical reality for political correctness. That some members of the audience laughed at these scenes in the film simply shows that homophobia is alive and well in this country and that we face a long struggle to eradicate even its public manifestations. It is hardly a reason for excising scenes from the film.

Cameron may well be on stronger ground when he points to the sensitivity with which the film negotiates questions of racism and anti-Semitism. This does undermine the argument that the film seeks to reflect honestly the realities of that kind of school.

If racism and anti-Semitism were similarly rife at the school, why the necessity, save for political correctness, that they receive treatment that portrays their perniciousness when compared with the homophobic scenes?

This seemingly unprincipled difference is certainly an answer to the publicity-seeking opportunism of the Spud reply to Cameron in a full-page ad in the Sunday newspapers, in that even the film recognises that some jokes, that is, those based on race or religious prejudice, cannot be released into the public domain without adverse comment within the film itself. Why else did the publisher spend many thousands of rands by way of a response other than that it felt it had a case to meet?

But that is surely not a complete answer to the overall problem raised by Cameron. In a society based upon freedom of speech, should a filmmaker not be entitled, without comment, to portray a prejudiced schoolteacher sounding off in a racist or homophobic way if that is, in his or her view, true to the context sought to be portrayed in the film?

Difficult as this may be to accept, is it not better to leave this representation to the kind of public debate currently being conducted, thanks to Cameron’s intervention, than to impose on artists an obligation to insert an express, politically correct denunciation of prejudice or hatred? The alternative is to risk a form of artistic control that may not only be contrary to our constitutional commitment of freedom of expression but also subversive of creative freedom.

The very intensity of the current debate following upon so eloquent and thoughtful a letter illustrates that expression is the real antidote to prejudice and not censorship, even in the form of self-censorship. Few who now view the film will not think about the significance of the scenes critiqued by Cameron.

But arguably the most powerful lesson to be learned from this brouhaha is that we need to debate the sickening hatred that abounds in our society against gays and lesbians.

Those who suffer daily vicious attacks may justifiably wonder why we only debate these questions with this intensity when it concerns a few lines in a film viewed mainly by a predominately white middle class.

From Uyinene Mrwetyana, Oliver Mtukudzi to Xolani Gwala, Mail & Guardian remembers those who have passed on
Read more
National