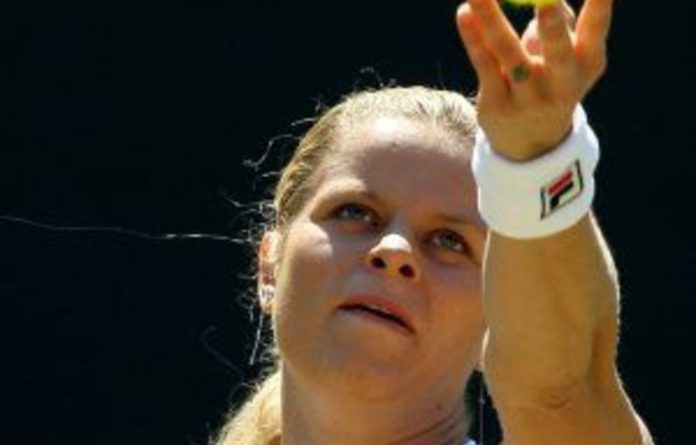 Kim Clijsters warned she was hitting top form ahead of her Australian Open quarterfinal, while world number two Vera Zvonareva will hope to again prove her critics wrong.

The two remain on a collision course for the semifinals — a rematch of last year’s US Open title match — as Clijsters prepares to take on Agnieszka Radwanska and Zvonareva faces Petra Kvitova in Wednesday’s quarters.

Clijsters and Zvonareva met in the US Open decider at Flushing Meadows in 2010, with the Belgian playing almost flawless tennis to destroy her Russian opponent 6-2, 6-1.

Former world number one Clijsters (28) has reached the last eight without dropping a set, after romping through her first two matches and then surviving two tighter encounters.

After opening her campaign with a stunning 6-0, 6-0 win over former world number one Dinara Safina, the Belgian then demolished Carla Suarez Navarro 6-1, 6-3.

But her matches against Alize Cornet and Ekaterina Makarova have been much closer, with the third seed pushing hard in the early stages on both occasions and showing signs of frailty before recovering.

“I think my first match against Safina and tonight’s match [against Makarova] were definitely a lot better, so I definitely felt a big improvement compared to my previous match,” Clijsters said.

Respect
Radwanska, who halted China’s Peng Shuai in the round of 16, is playing her first tournament since coming back from a stress fracture in her foot. She said she had already surpassed her goals.

“I think this is unbelievable, I really feel great,” she said after beating Peng. “Not even till the last minute did I know I was going to play here.

“I was just very happy after the first match that I was playing a match without any pain. Even if I had lost the first round, I would have been happy anyway that I didn’t miss the Grand Slam and I’m back on tour.”

Zvonareva has been making her way through the draw almost unnoticed, despite her status as world number two, as she quietly creeps towards a third straight Grand Slam final.

But the 26-year-old Muscovite, who could finish the tournament as world number one if results go her way, said people may be finally starting to show her some respect.

“If I perform well and I win matches, you know, I think people will respect me, but it’s not something I really think about,” she said.

‘I learned a lot’
Zvonareva also reached the Wimbledon final in 2010 and said she had now built up a wealth of experience which would stand her in good stead in the days ahead.

“I learned a lot over the past two Grand Slams — I think I tried to use it to my advantage,” she said. “I tried to prepare myself for my matches the best I can.”

She will need all her experience against Kvitova, the tall left-hander with a swinging serve and booming groundstrokes, who won the Brisbane International at the start of the year and is on a nine-match winning streak.

Reigning champion Serena Williams is out with a foot injury, Venus Williams retired with a muscle strain and other ex-number ones Justine Henin, Jelena Jankovic, Ana Ivanovic, Maria Sharapova and Dinara Safina are already beaten. — Sapa-AFP