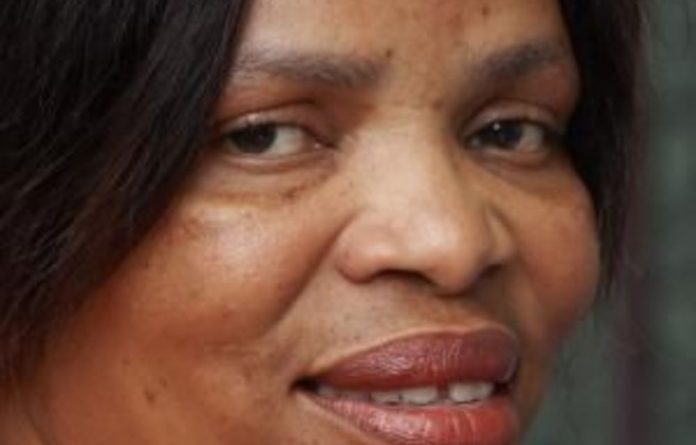 The newly registered National Freedom Party (NFP) was unveiled at the Durban City Hall on Tuesday.

“I never thought that in my wildest dreams that I would ever stand in front of you and make this pronouncement about leaving the IFP, the party I have dedicated my entire life to serve,” she said.

The IFP had constructively dismissed her and she accepted this.

“If I am elected to lead this party, I will make it my personal responsibility that the views and aspirations of women take prominence in our policy formulations,” she said.

The party was a home for those unhappy with their own political parties and who believed in the ideals of democracy.

“The NFP is a home to all South Africans, irrespective of their race, colour or creed. It is a home for the majority of our people who found themselves caught up in the racial battles of many parties in South Africa.”

‘Untold pain of baseless accusations’
She further denied having held clandestine meetings with African National Congress president Jacob Zuma and other party leaders, as well as receiving “millions” from the ruling party to destroy the IFP.

For the past two years she had endured “untold pain of baseless accusations and innuendo” spread by people she trusted.

The relationship between Magwaza-Msibi and IFP leaders began to sour last year when her supporters started campaigning for her. Some were expelled for “sowing division” in the party.

Magwaza-Msibi has been summoned before an IFP disciplinary committee.

The Pietermaritzburg High Court last week ruled against a bid by Magwaza-Msibi to force the party to hold an elective conference, and to prevent it from taking her to a disciplinary enquiry.

IFP president Mangosuthu Buthelezi recently said he was willing to reconcile with her. — Sapa