No new news on Madiba’s health 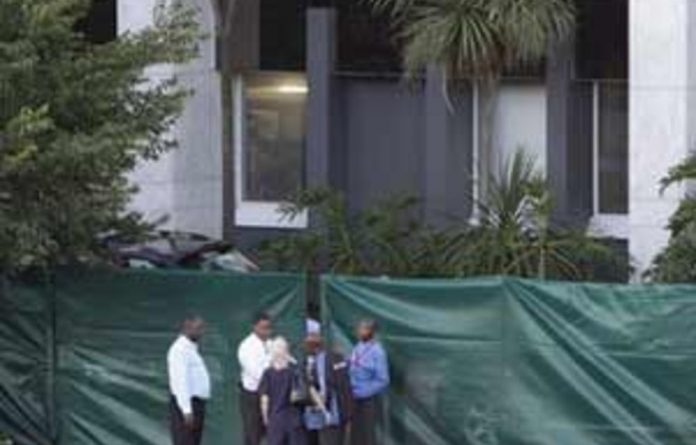 As dawn broke over Milpark Hospital in Johannesburg on Thursday, journalists camping outside the facility had no clue about former president Nelson Mandela’s health condition.

There was no word from any officials regarding his health.

He was admitted to the hospital on Wednesday afternoon for what were described as routine tests.

By the evening, a veil of silence was drawn over his condition. Staff at the hospital declined to speak to journalists who descended on the premises for news on the elder statesman.

By 7:30pm, the only formal word on the condition of 92-year-old Mandela remained a short statement issued by Nelson Mandela Foundation spokesperson Sello Hatang at about 4:15pm.

It stated: “We can confirm that Mr Mandela is at Milpark Hospital undergoing routine tests. He is in no danger and is in good spirits.”

Hatang did not answer his cellphone for follow-up questions.

Mandela’s daughter, Makaziwe, from his first wife, Evelyn, said: “You got the statement? No further comment.”

Members of the Mandela family were seen coming and going at the hospital by reporters.

Another report said she returned later in the evening.

VIP area
At a far corner of the hospital, a makeshift barrier of green mesh was erected. Inside the area were VIP cars, presumably belonging to family members.

As night fell, journalists, photographers and cameramen lined a nearby bridge outside the hospital, which gave them a full view of the barricaded area.

Later in the evening, metro police told them to move off the bridge. Some then took up position in the hospital parking lot.

One of Mandela’s grandsons was seen buying magazines and refreshments at the hospital eatery. Ndaba Mandela and his youngest brother were also seen near the barricaded area.

By 10.30pm, the immediate vicinity of the hospital had grown quiet, including the area around the barricade.

Mandela’s “routine tests” came a day after Archbishop Desmond Tutu said that Mandela was “frail”. “I saw him last week,” Tutu said in Cape Town on Tuesday. “He was all right, I mean he’s 92, man, you know. And he’s frail.” – Sapa