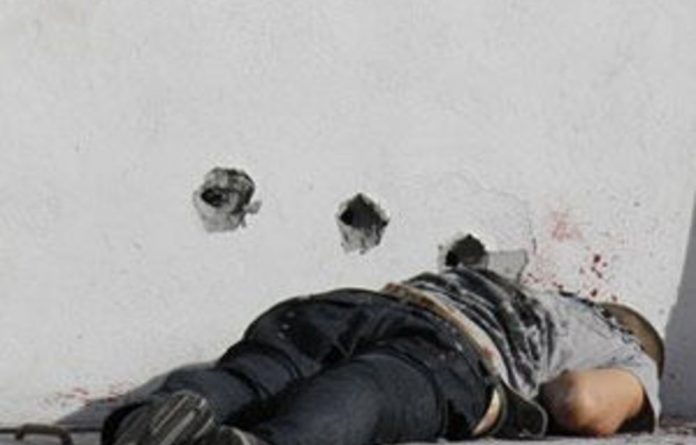 The seven attacks within two hours late Tuesday appear to have been coordinated, and were staged by drug gangs, possibly in retaliation for the arrests of their members, said Fernando Guzman Perez, interior secretary of Jalisco state, where the city of Guadalajara is located. A policeman and two transportation workers were injured in the attacks.

“This is an orchestrated attack by criminal forces,” Guzman Perez said. “There have been arrests … of people linked to these cells of organized crime, and perhaps it was because of those detentions that attacks over the past few hours broke out.”

Assailants hurled a grenade at a police station and burned a bus and commuter trains to block streets, injuring transportation workers who tried to resist, he said.

Other attacks took place Tuesday in the northern cities of Zacatecas and Monterrey, resulting in several deaths. Those attacks did not appear to be coordinated.

In Zacatecas, gunmen opened fire on state police officers who had arrived after receiving a tip that armed men were parked outside an office-supply store, the government of Zacatecas state said in a statement Wednesday.

Two bystanders, a man and a boy, suffered non-life-threatening wounds in the gunbattle, the statement said. Federal police and soldiers were called out to pursue the attackers, who hijacked vehicles and used them to block streets to aid their escape. Two suspects were arrested.

As in Zacatecas, cartels erected roadblocks to aid their escape, and hurled a grenade at a police checkpoint that caused a patrol car to explode.

In one of the assaults, gunmen driving a black sport utility vehicle opened fire on police officers in a patrol car in the suburb of Monterrey Apodaca, killing one and wounding three. Assailants exchanged fire with the police for several blocks before they holed up in a drug store. Another gunfight ensued before the suspects were captured. Police did not say how many were taken into custody.

Earlier Tuesday, assailants hurled a grenade at a municipal police checkpoint in Monterrey, but the officers were able to get out of their patrol car before it exploded. It was the third time a grenade has been thrown at checkpoints in Monterrey since they were set up last month.

The checkpoints are meant to monitor suspicious activity and combat vehicle theft, but have become easy targets for the cartels.

January was the bloodiest month of drug violence in recent history in Monterrey. According to public security office figures, more than 120 people were killed as a result of organised crime, including 21 police officers. — Sapa-AP