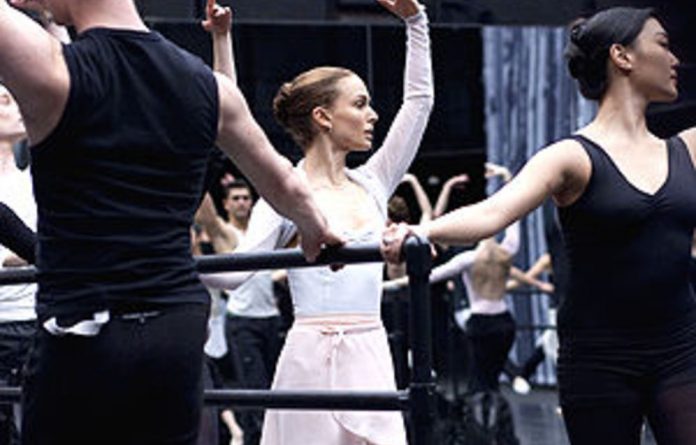 A few weeks ago I wondered whether Clint Eastwood, as director, qualified for the “auteur” label as defined by the French critics of the late 1950s and early 1960s.

They felt that if a director’s concerns, even obsessions, were consistently and thematically visible in his work, however commercial that work might appear, then he was probably an auteur. On those terms, I don’t think Eastwood is an auteur, but what about Darren Aronofsky?

There are certainly recurrent issues in his films — issues with which, in the auteurist formulation, he seems obsessed. In fact, you might say Aronofsky is obsessed with obsession.

In his first feature, it was the mathematical kabbalist finding cosmic meaning in numbers; in Requiem for a Dream, the obsessive behaviour of its protagonists was driven by drugs, but was no less obsessive for that; in The Fountain, it’s the scientist’s obsessive search for a cure for his wife’s terminal illness.

(The Wrestler, I think, is an exception: the protagonist’s concern with getting a life, or a new life, is probably not to be considered obsessive.)

Now, in Black Swan, we are presented with the driven perfectionism of a ballet dancer, a perfectionism that may in fact be driving her mad. She’s not that far away from the mother played by Ellen Burstyn in Requiem for a Dream, whose desire to present the perfect figure when she appears on TV seduces her into the wholesale consumption of diet pills — which drive her dilly.

Black Swan opens with a New York ballet company gearing up for a new production of Swan Lake. Its former prima ballerina (Winona Ryder, astutely but cruelly cast) has just retired, forcibly or not, and artistic director Thomas (Vincent Cassel) is about to choose a new lead for his Tchaikovsky revival.

This, of course, engenders competition and anxiety for the female members of the corps, and especially for the ambitious but insecure Nina (Natalie Portman).

Obsessive problems
Nina seems already on the brink of succumbing to the kind of disorder that often besets such figures: the problems around eating, the obsessive practising and rehearsal that lead to crushed toes and the like — in sum, the almost masochistic self-sacrifice and endurance of pain that, for the individual dancer, are the dark underpinnings of the sublime beauty she is expected to achieve on stage.

Behind Nina is the equally obsessive figure of her mother, whose own disappointments in life in turn drive her overinvestment in her daughter’s success. Here, in this mom figure, is an even darker kernel of the narrative, and she’s played with terrifying acuity by Barbara Hershey.

Hershey hasn’t made a major movie since Lantana in 2001 and it’s good to see her again — especially in a role that offers her the chance to get her teeth into something really meaty and ­complex. She’s quite brilliant.

Nina, her mom, and the director, Thomas, thus form a triangle. But there’s an extension to this triangle that makes of it a kind of quadrangle: Nina’s fellow ballerina Lily (Mila Kunis), who may or may not be trying to subvert Nina’s progress towards the artistic victory to which she has dedicated her life.

Lily also forms a useful and narratively stimulating contrast to Nina. The tattoo on Lily’s back is a neat visual symbol of the fact that she’s a different kind of person altogether.

She seems so much freer, so much looser as it were, than Nina: she smiles with joy at her own acrobatics, while Nina’s face usually appears in a grimace of effort; she’s sexually adventurous, while Nina is easily labelled “frigid”. In fact, one of Thomas’s first instructions to Nina, in his helpful development of her abilities as a dancer, is to go home and “touch” herself.

“Bad”, in this context, and in the context of a ballet written in the 1870s (never mind the context of Tchaikovksy’s own hidden and half-repressed homosexuality), means sex — at least in part, or in the way sex and sexuality can represent a range of bodily transformations and self-realisations.

As any Freudian will tell you, though, the irruption of sexuality into a psychic space otherwise quarantined from such dark lures can cause a certain amount of chaos, and even the disintegration of psychic unity.

Hence Nina’s movement towards the fullness of being or of selfhood required (at least in Thomas’s view) for her to play the dark doppelgänger Odile with inner conviction generates, to borrow Gramsci’s words, a range of morbid symptoms.

And here, as Requiem for a Dream showed, Aronofsky is in his element. The kind of fractured consciousness that can, almost uniquely, be depicted by the rapid cuts of cinema, is beginning to look like an Aronofsky speciality.

He’s never better than when detailing and displaying what it might be like to feel your psyche implode, to not know entirely what’s real and what isn’t, to be driven towards breakdown by the inner and outer pressures on that psyche and on the body that appears to be its container and support.

What this means for Black Swan is that Nina’s internal drama pushes the story forward with relentless force. It’s like a horror movie, with all the shocks that genre entails — but here the horror is not a matter of psychic forces externalised as, say, a chainsaw-wielding man in a mask. Rather, and more commensurate with real life, it’s inside — inside the body, inside the mind.

All this makes Black Swan mercilessly gripping, and the performances slot into the narrative schema with faultless precision: all are excellent, despite one’s tendency to want to scream at quivering Nina/Portman at certain points, and despite the fact that the Thomas character seems more instrumental than fully inhabited as a person (he’s the film’s version of Von Rothbart, the evil wizard of the ballet).

Perhaps those elements, though, help us identify with Nina and her traumas; ultimately, we the viewers are as locked into her obsession as she is.

The Oscars for which Black Swan has been nominated (best movie, director, lead actress, cinematography and editing) confirm that even the relatively conservative and sentimental Academy of Motion Picture Arts and Sciences has found it a compelling story.

For me, Black Swan has a little less of the consummate power Aronofsky demonstrated in Requiem for a Dream, but it’s undeniably a powerfully and even painfully engrossing work, one that combines the dark thrust of obsession with the delicate precision of a ballerina’s tortured feet en pointe. And that’s the point.