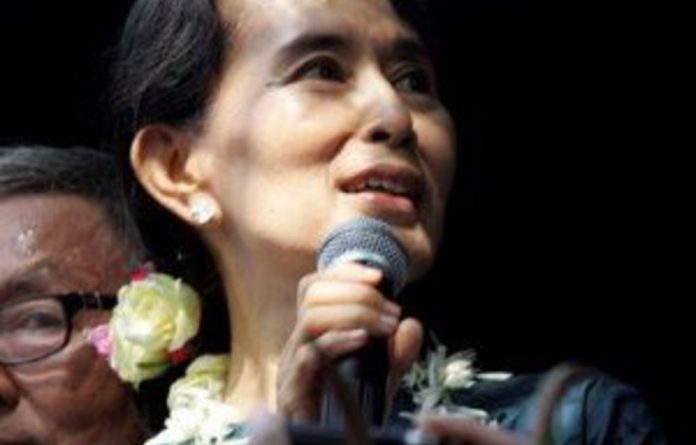 Burma Prime Minister Thein Sein was chosen on Friday to become the military-run country’s first civilian president in half a century, a cosmetic shift that does little to end the army’s overwhelming influence on politics.

The rise of Thein Sein, a 65-year-old loyalist of paramount leader Senior General Than Shwe, offers slim chance of economic and social reforms in the resource-rich country that has wilted under decades of brutal military dictatorships.

“He’s perfect for Than Shwe. He has a good track record, no political agenda, no reform plans and won’t take any initiative,” said Aung Thu Nyein, a prominent United States-educated Burmese academic.

Thein Sein, who shed his army uniform to contest controversial elections last year, “was elected as the president with a majority vote”, a Myanmar official told Agence France-Presse on condition of anonymity.

He had been tipped for the post before the vote, supporting fears that the junta has engineered the political process to hide military power behind a civilian facade.

‘Surety for Than Shwe’
Thein Sein is a career soldier and general who joined the military junta in 1997, rising to replace General Soe Win as premier in 2007. He is the regime’s international face at regional forums where he stays well clear of the media spotlight.

His appointment bodes ill for the national reconciliation Burma’s recently freed pro-democracy leader Aung San Suu Kyi said was crucial for development, when she spoke by telephone on January 28 to world leaders meeting in the Swiss resort Davos.

Most diplomats and analysts expect the new president to maintain Burma’s authoritarian status quo, with 78-year-old strongman Than Shwe wielding behind-the-scenes influence. With his trusted associate in charge, Than Shwe can rely on the government for protection against enemies and rivals.

“This is surety for Than Shwe. He’s not bothered about Aung San Suu Kyi or a people’s uprising. He’s worried about all the people in the military he’s slighted and pushed out,” said Aung Naing Oo, a Burmese academic at the Vahu Development Institute, an advocacy group in Thailand.

“He’s made a lot of enemies. He knows his time will soon be up and he doesn’t want to go down the same road as his predecessor,” he said, referring to late dictator Ne Win, who Than Shwe purged and placed under house arrest in 2002.

Choreographed election
Thein Sein’s rise follows a carefully choreographed election on November 7 in the former British colony also known as Burma, and the opening of a Parliament on January 31 in the purpose-built capital Naypyitaw, a process condemned by rights groups as rigged to entrench army rule behind a democratic facade.

Parliament is 83% controlled by serving or retired military men allied with the regime, whose members will fill abinet or regional ministerial positions.

They were Tin Aung Myint Oo, the regime’s fifth in command, and Sai Mauk Kham, a little-known ethnic Shan politician, whose rise is seen as a gesture to appease Burma’s numerous ethnic groups, many of which have fought the government for decades.

Opposition parties barely have a stake. The country’s biggest pro-democracy force, the National League for Democracy (NLD), and its leader, Suu Kyi, have strong public support but no political mandate, having boycotted the poll.

The NLD, which won 1990 polls the regime ignored, was dissolved last year and declared an “unlawful association”. — Reuters, Sapa-AFP