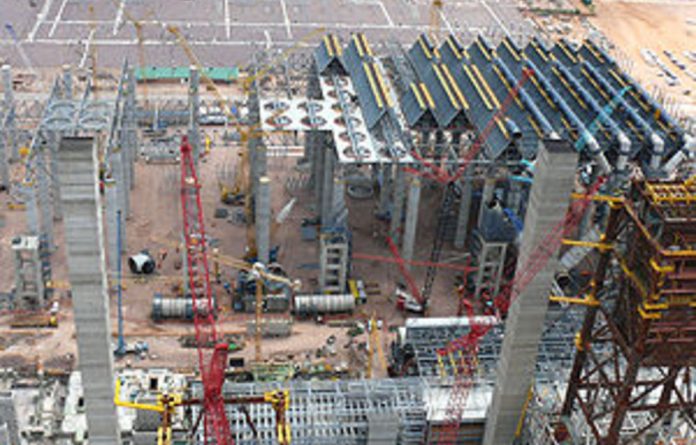 Residents of Lephalale in Limpopo have gone to court to stop the destruction of an ancient river-bed for the building of Medupi power station.

The company responsible, Chobe Sand Mining, could earn R300-million from mining the river sand. The complainants say that it is destroying the environment and the livelihoods of more than 200 families along the Mokolo River who depend on it.

The river is said to be their only source of drinking and irrigation water because groundwater in the area is limited and contaminated. The Mokolo is a major watercourse and about 87% of the river’s water is used for agriculture before it joins the Limpopo River.

Susanna Goosen and her husband, a medical doctor, who have a game farm on the river, said they had applied for an urgent interdict “in the interests of others who rely on water from the river for domestic and agricultural purposes, in the public interest and in the interest of protecting the environment”.

The residents went to court after the failure of representations to Parliament and the World Bank, as well as many objections and petitions to provincial and national departments of environmental affairs, water affairs and mineral resources.

“In view of their failure or refusal to take any measures to stop the mining, I was obliged to institute these proceedings,” Goosen said in the Gauteng North High Court.

Protection of Mokolo River
Buyelwa Sonjica, the then water affairs minister, was asked in Parliament last April why the Mokolo River was being mined to build Medupi without a valid water licence or mining permits. She replied that the power station was “a national strategic project for socioeconomic development”.

“The protection of the Mokolo River as a water resource can be achieved sustainably with continued monitoring and rehabilitation,” Sonjica said. Goosen said that Lephalale businessman Leon Fourie had mined hundreds of thousands of cubic metres of sand along a 16km stretch of the river.

Scientists say the Mokolo is a unique sand river that has developed over aeons. The sand acts as a sponge, retaining water during dry periods, filtering and purifying it and preventing erosion that causes flooding.

The mining had already destroyed the sand bed and Fourie was stockpiling huge mounds of sand for delivery to Medupi. The sand piles should be returned to rehabilitate the river, she said. “If the stockpiles are removed, it will not be possible to return them to the river and the damage will be permanent. It would also allow the respondents to profit from their unlawful activities.”

She asked the court to stop Fourie from mining and stockpiling sand until he had a valid mining right, water licence and environmental authorisation.
Fourie’s lawyer, Marius Oosthuizen, failed to return calls about whether he would oppose the application. It is the type of ecosystem 11 major environmental NGOs had in mind when they called on Susan Shabangu, the minister of mineral resources, this week to declare areas of critical environmental value no-go zones for mining and prospecting.

A six-month moratorium Shabangu placed on new applications for prospecting rights ends this month. Terence McCarthy of the geochemistry department at Wits University, an expert in sand-river geomorphology, said initial research into the Mokolo River indicated it was unique in South Africa. “The sand mining messed it up before we could take a proper look at it,” he said. “This is vandalism on an unbelievable scale.”