‘Criminal regime is killing its people’ 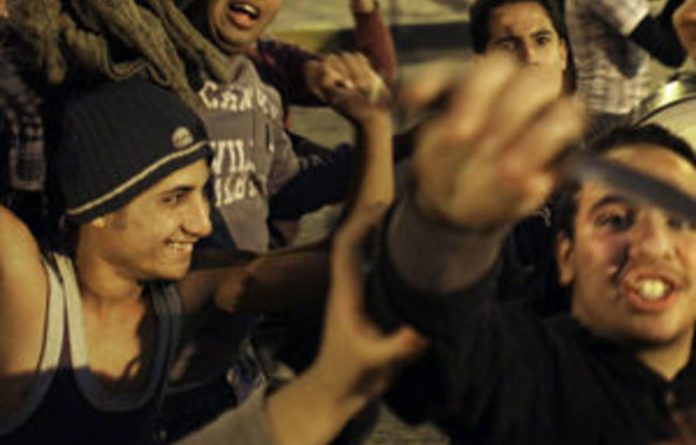 Mohamed ElBaradei has called on the international community to urgently withdraw support from “a regime that is killing its people”, following intense violence in Cairo that left at least one dead and several hundred more injured.

The Nobel peace laureate, who some want to see leading a transitional government in a post-Mubarak Egypt, said that the “criminal acts” of government-backed thugs in the capital on Wednesday had made any negotiations with the Mubarak regime impossible.

“[Wednesday’s] violence is again an indication of a criminal regime that has lost any common sense,” said ElBaradei. “We have no intention whatsoever — at least I speak for myself on this — in engaging in dialogue with this regime until the number one person responsible for this, who is Mubarak, leaves the country. He must get out.”

Following a speech by Mubarak on Tuesday night in which the Egyptian leader promised to step down in September, there had been speculation that a loose coalition of anti-Mubarak groups would rethink their refusal to accept an offer of discussions with newly appointed vice-president Omar Suleiman.

But amid scenes of running street battles between anti-government protesters and pro-Mubarak forces, many of whom were found to be carrying police identification, ElBaradei said the opposition’s resolve to force Mubarak out immediately had only been strengthened.

“First of all, this is not a negotiation — we the people have legitimate demands and we would like to tell the government what to do. Our freedom is not up for negotiation.

Negotiating
“Secondly, how can you negotiate with a regime that is killing its people? When the regime tries to counter a peaceful demonstration by using thugs, some of whom are police officers in plain clothes — we’ve seen their IDs — there are few words that do justice to this villainy and I think it can only hasten that regime’s departure.”

“After today people are realising just what they’re dealing with,” said the 68-year-old. “Now they’re not just talking about the man responsible leaving the country, they’re also talking about putting him on trial. If he has an iota of dignity left, he should leave.

Mubarak has received a vote of no confidence by the entire Egyptian people … I hope he has the intelligence to realise that it is better for him to leave now before the country continues to go down the drain, economically and socially.”

Despite the bloodshed, ElBaradei called on pro-change demonstrators to continue taking to the streets in huge numbers. “I think Friday will be a very big day in that respect. But even if they don’t, even if they are repressed and crushed, there is still no going back. This is a new era — just look in protesters’ eyes. The Egyptians have grown in confidence, they’ve tasted freedom, and there’s no way back.”

He also confirmed that he had been contacted in recent days by the British government as well as a number of other international leaders. “My message to them is simple: the sooner Mubarak leaves, the better it is for everybody and the quicker we can restore normality and stability in Egypt and establish the cornerstone of democracy in the Middle East.”

ElBaradei’s appeals were echoed by members of the Muslim Brotherhood, Egypt’s largest Islamist opposition group and ElBaradei’s partners in the newly formed National Committee for Following Up the People’s Demands.

Analysts believed that with Molotov cocktails being thrown in Cairo a final confrontation between protesters and the establishment was imminent. — Guardian News & Media 2011