Home not so sweet for MPs 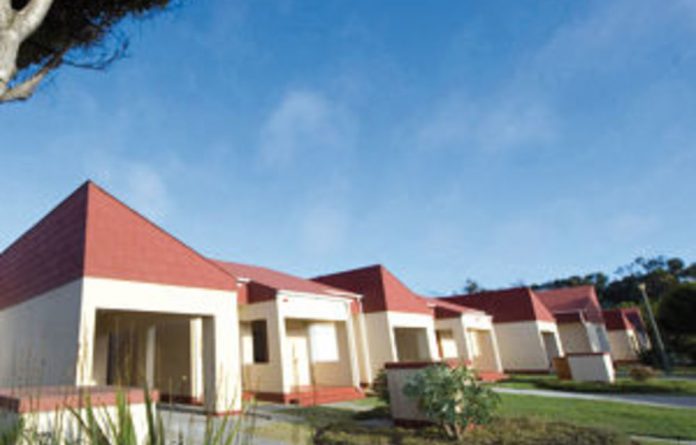 Criminal gangs operating out of residences, vehicles burned by drunken youths, vandalism and lax security these are some of the disturbing claims made in recent years about the government-run villages that house South Africa’s MPs when they travel from their constituencies to attend Parliament.

The three villages in the Cape Town suburbs, Acacia Park, Laboria Park and Pelican Park, comprise more than 700 residences. They are secured by the South African Police Service (SAPS) and managed by the department of public works.

Mail & Guardian visits to two of the villages this week did not reveal the nightmarish scenes described above. In fact they could only be described as tranquil. But it was clear that very real worries about the villages remain, particularly among opposition MPs. A chief concern is security and the alleged failure to keep records of the parks’ hundreds of occupants.

The public works department’s inability to keep an up-to-date register of the MPs, parliamentary and government officials and their extended families occupying the villages has made it impossible for the SAPS to monitor who enters and leaves the compounds. And there has been a flurry of allegations that MPs may be subletting state accommodation to friends, family and others.

Further, according to Democratic Alliance MP Masizole Mnqasela, ANC MPs allocated some of the largest and most comfortable residences do not use them. Pointing a finger at Winnie Madikizela-Mandela and the ANC’s parliamentary chief whip, Mathole Motshekga, both residents of Pelican Park, Mnqasela said he would take up this ‘waste of taxpayers’ money” with public works and the speaker of Parliament. ‘It’s totally unfair that South Africans are paying for houses that aren’t occupied,” he said.

Madikizela-Mandela has been accused of failing to attend Parliament since becoming an MP, an accusation she denies, whereas Motshekga allegedly prefers the ministerial residence he shares with his wife Angie, basic education minister. Answering on behalf of Madikizela-Mandela and Motshekga, the spokesperson for the ANC caucus in Parliament, Moloto Mothapo, said that houses were allocated proportionally to parties.

‘It would seem that the MP in question [Mnqasela] was allocated a smaller house by his party,” said Mothapo. ‘It cannot be the ANC’s fault if his party regards him as junior and undeserving of a bigger house. His predicament cannot be an excuse to go around peeping through windows of other MPs’ houses, checking their presence and claiming they are not there.”

Touring the parks
Pelican Park, near Zeekoevlei in Cape Town, comprises 108 red-roofed houses painted a bland peach colour in manicured grounds. In a separately fenced area stand eight much larger four-bedroom homes with secluded gardens allocated to senior ANC MPs. ‘Harrier” and ‘Falcon” are the rather imposing names of the houses allocated to Madikizela-Mandela and Motshekga respectively.

Acacia Park, the oldest and largest of the villages and the source of most of the MPs’ criticism, stands just off the M7 in Goodwood. It contains 545 houses and flats, as well as rugby and football fields, clubhouses, a large hall, a swimming pool, crèche, primary school and ample covered parking.

Formerly part of a military base, Acacia Park is a maze of brick barracks converted into houses, smaller prefab units and five blocks of flats.

According to DA housing whip Willem Doman, it was here, after the 2009 elections, that a government official’s son who had just been released from prison formed a criminal gang that stole from residents. The gang targeted the prefab units, using crowbars.

The M&G spoke to a number of Acacia Park MPs hit by petty theft at one time or another. Inkatha Freedom Party MP Narend Singh recalls being burgled in 2007, as does the chairperson of the standing committee on public accounts, Themba Godi.

But these and other MPs say security has improved significantly and cases of burglary have declined. The M&G entered Pelican Park without being challenged. We simply drove in through the gate. It was only in the cordoned area set aside for the larger houses that a policeman politely asked us to delete the pictures we had taken of Harrier and Falcon and leave. Both houses were locked and apparently unoccupied.

On entering Acacia Park, however, the policeman on duty asked who the M&G was visiting and checked the boot of our vehicle. Other odd incidents have also unsettled MPs.

One night last year the DA’s Anchen Dreyer had a stranger pass out drunk against her wall. After she alerted the police, who came out to investigate, a group of men she did not recognise arrived, claimed the drunk man was a ‘friend” and removed him. Though the police did not take his details, she sympathises with them, saying that the lack of a register of who is allowed into the park makes it difficult for them.

Village battles
A court battle between MPs after the Congress of the People broke away from the ANC in 2009 highlighted the need for a register. Dennis Bloem, now a Cope MP, was unceremoniously booted out of his four-bedroom residence in Pelican Park after his defection. He said an out-of-court settlement resulted in him being relocated, but the court ordered public works to carry out a comprehensive audit of parliamentary housing as part of the agreement.

Cope’s attorneys found numerous faults in the audit that followed, which was limited to a report of factual findings rather than a comprehensive study of the current occupancy and allocation of houses. However, it did find that the ANC was allocated a disproportionate number of the larger three- and four-bedroom houses for MPs.

In a memorandum interrogating the findings, Cope’s legal team noted that the auditor had not tested the information provided by public works. The audit, it said, did not address the allegation that a ‘significant number of MPs” who were allocated houses did not in fact use them, but leased them to relatives or members of the public for cash.

The M&G understands that the issue was referred to the chief whips’ forum in Parliament, but that it was not taken further. Dreyer said that on more than one occasion a member of the public had knocked on her door to ask whether she had a room for rent. The public works department had not answered the M&G‘s questions by the time of printing.

The life of Diego Armando Maradona, who died this week, will always remind us that the smell of shit is as important as the perfume of flowers, writes Niren Tolsi
Read more
Environment

But it can't solve the climate crisis, say a team of scientists
Read more
Advertising