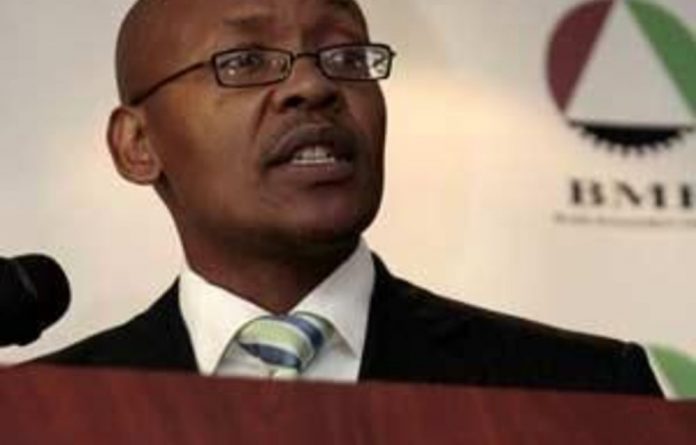 Jimmy Manyi, the controversial president of the Black Management Forum (BMF) and suspended director general of the labour department, takes over as head of government communications on Friday, completing an overhaul that saw supporters of President Jacob Zuma taking over top positions.

In February last year, following the botched response of his communicators to revelations that he had a child out of wedlock, Zuma appointed ANC spokesperson Zizi Kodwa as his communications adviser.

This week it was announced that Manyi, a self-proclaimed Zuma loyalist, will replace Themba Maseko, a veteran civil servant and chief government spokesperson.

Manyi was not available on Thursday, but told a government colleague he “did not want to speak to anyone”.

He was in the spotlight last year after being suspended as director general when it came to light that he had asked the Norwegian ambassador to South Africa to partner business people he would recommend for a project.

His elevation to chief government spin doctor underlines his ultimate victory in the battle that followed with his minister, Membathisi Mdadlana, who was sacked in last year’s Cabinet reshuffle.

‘Affable and humble nature’
Maseko was the government’s chief spokesperson for three-and-a-half years. He took over from communications guru Joel Netshitenzhe, who is now a commissioner of the National Planning Commission and runs a think-tank.

Commenting on Maseko’s departure, Zuma said on Thursday that his “efficiency as well as his affable and humble nature saw him cement relations with the media fraternity, thereby greatly improving relations between the media and government in the process. He instilled confidence in government communications and has set a good track record.”

Zuma added that Manyi would execute his new duties “diligently and effectively”.

Maseko said that the pressure of being on call 24 hours a day had taken its toll on him. “It’s a stressful and tough job and I needed to make a change,” he said.

His contract ended in 2009 shortly before the elections, but was extended for another three years. “The former minister [Essop Pahad] felt it was important for me to stay until the new government has found its feet. I think it is quite settled in now so it is possible for me to move.”

Maseko was set to move into the private sector, but Collins Chabane, the minister in the Presidency, convinced him to stay on in government.

Rudderless
Government insiders say he was approached by Richard Baloyi, the public service and administration minister, in December, to fill the vacant post of director general in his department.

He held discussions with Chabane in January and the hunt for Maseko’s replacement started.

Sources close to Maseko, a key player in the administration of former president Thabo Mbeki, said he received anonymous calls at the start of his term under Zuma telling him his time as the government communicator was over and he “will go the same route as Mbeki”. Insiders also said he found it difficult dealing with ministers who had divergent views on how he should do his job.