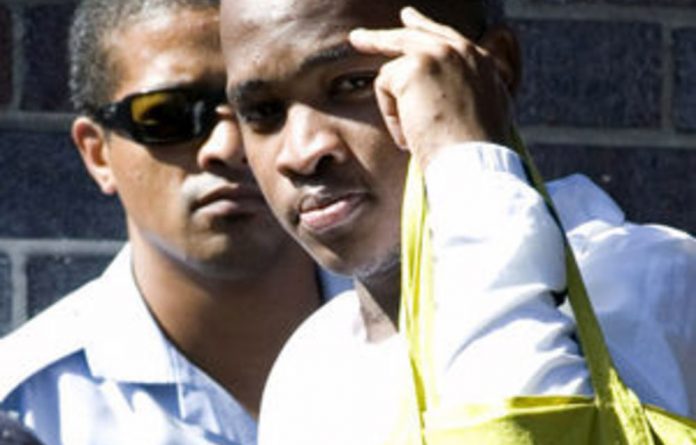 Police allege that 25-year-old Mziwamadoda Qwabe, one of two men accused of murdering tourist Anni Dewani, led them to the empty cartridge case left by the fatal shot and the firearm that ballistics later linked to the killing.

A police affidavit read out at his bail application in Cape Town’s Wynberg Magistrate’s Court this week quotes Qwabe confessing that he drove the vehicle that carried the young bride to her death. In his original statement to police after his arrest in November last year Qwabe also said he took part in a staged hijacking in Gugulethu of a taxi belonging to Zola Tonga. In the seat next to him was Xolise Mngeni, who he said had a firearm.

The affidavit, by Detective Captain Paul Hendrikse, claims that Qwabe told police he had let Tongo and Anni’s husband, Shrien Dewani, out of the vehicle. After releasing the men from the car, he had heard “a single shot”. After he had parked the car in Khayelitsha, Mngeni had begun looking for the cartridge case. This was found and thrown in a drain while they ran away, Qwabe is quoted as saying. His alleged confession closely follows that of Tongo.

“On 19 November 2010 Qwabe did a pointing out to Captain Van Dyk, who is stationed at the Harare police station in Khayelitsha. Qwabe accurately pointed out the place where the hijacking took place in Gugulethu, where Tongo and the husband [Shrien Dewani] were dropped off, the place where they abandoned the vehicle and where he threw the cartridge into a stormwater drain,” said Hendrikse in the affidavit.

“In fact, a police officer recovered the cartridge in the drain just after Qwabe showed them where he had disposed of the cartridge.” Hendrikse said Qwabe had volunteered information of how he had disposed of the murder weapon after the crime and named the person he had given it to. Affidavits were taken from two people who took the weapon for safekeeping and they were now witnesses in the case, he said.

“The firearm and the cartridge, which was recovered as a result of the information provided by Qwabe, were linked by ballistic examination to the murder,” said Hendrikse. The policeman also revealed that Tongo had voluntarily handed himself over to police.

Not guilty plea
Tongo has since been imprisoned for 18 years for his part in the murder that has made headlines round the world. However, Qwabe, who was placed on the stand this week to answer questions and testify on why he wanted bail, said he would plead not guilty to the murder.

“I have an alibi to confirm where I was on that day,” he told the court, while refusing to give details of his alibi until his trial. Dressed in a crisp white T-shirt and jeans, Qwabe said he needed bail so that he could support his three child­ren and help his mother in her small business selling meat. Qwabe claimed last year that he was assaulted and forced to make a confession.

A case has now been lodged with the police watchdog, the Independent Complaints Directorate, the court heard. It is expected that there will be a trial within a trial to test the ad­missibility of Qwabe’s statement to police.

During breaks in the court hearing, photographs of Qwabe were allowed to be taken, but he kept his back turned to journalists who crowded the small courtroom. Only once did he did turn round to wave to two friends sitting in the courtroom.

Hendrikse said in his affidavit that a witness in the case, middleman Monde Mbolombo, had confirmed that he had been approached by Tongo, who was looking for a hit man. Mbolombo told police that “Tongo said that there was a guy who wanted his wife murdered”. According to Hendrikse, Mbolombo stated Qwabe had come to his house looking for Tongo and told him that “what was supposed to have been done is done”.

“Qwabe mentioned that Tongo was supposed to have paid them R15 000 but only paid them R10 000,” Mbolombo had claimed. Mbolombo also claimed that Qwabe wanted him to phone Tongo for the other R5 000 to give to Qwabe.

Hendrikse’s affidavit also alleged that Mngeni sold the Blackberry belonging to Dewani to a schoolteacher who lived close to his home in Khayelitsha. “The schoolteacher was traced and the cellular telephone was recovered,” said Hendrikse. Magistrate Gavin du Plessis postponed the bail hearing to February 25 for argument and a possible ruling.

Mngeni has not applied for bail and the extradition hearing of murder suspect Dewani is continuing in London.