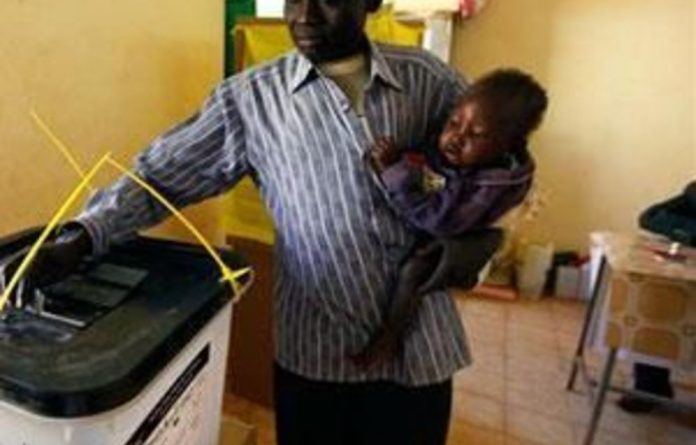 The official preliminary results were announced at a ceremony attended by a crowd of several thousand people in the southern capital Juba on Sunday. The figures also showed that voter turnout was 98%, far above the 60% threshold required for the result to be valid.

Subject to confirmation of the final result this month and pending any legal challenges, Southern Sudan will be free to declare independence on July 9. “This is what we voted for, so that people can be free in their own country … I say congratulations a million times,” Southern Sudan’s president, Salva Kiir, told the crowd, who had assembled at the grave of the liberation leader John Garang, who died in a helicopter crash in 2005.

The peace agreement that ended the north-south war from 1983 to 2005, in which two million people died, gave southerners the option to secede by means of a referendum after a six-year interim period.

Hundreds of thousands of people queued before dawn across the vast, undeveloped south to cast their ballots on January 9, even though the voting booths were open for a week.

‘Brotherly relations’
Observer groups commended the ballot, though some problems with tallying were reported. Many feared that President Omar al-Bashir’s regime in the north – which opposes secession — would use violence or other forms of disruption.

The peaceful poll, added to Bashir’s comments that he wanted “brotherly” relations with the south should it secede, led to rare praise for the often-maligned leader.

Kiir urged people to remain patient, as his government was “not going to put down the flag of Sudan until July 9. The project has not finished. We cannot declare independence today. Let us respect the agreement. We must go slowly so we can reach safely to where we are going,” he said.

Voting was open to southerners living anywhere in Sudan, while those abroad could vote in eight countries. The results showed that in Southern Sudan itself only 16 129 out of 3,7-million people chose unity.

Many of the estimated two million southerners who still live in Northern Sudan did not register for the referendum, fearing their choice would be manipulated. Still, 58% of the nearly 70 000 people who voted in the north chose secession over unity.

The only region in the whole country where unity won out was in South Darfur, where 63% of the 9 253 voters wanted Africa’s largest country to stay together.

The southern government’s attention will now focus on issues that must be resolved with Bashir’s regime before July, including border demarcation and Abyei, a coveted region for which the referendum on whether to join the north or south was postponed after Khartoum insisted that northern nomads be allowed to vote.

There also needs to be a deal on oil. More than three-quarters of Sudan’s oil reserves lie in the south, but the only pipeline runs through the north. — Guardian News & Media 2011