The connections that disconnected Jo’burg 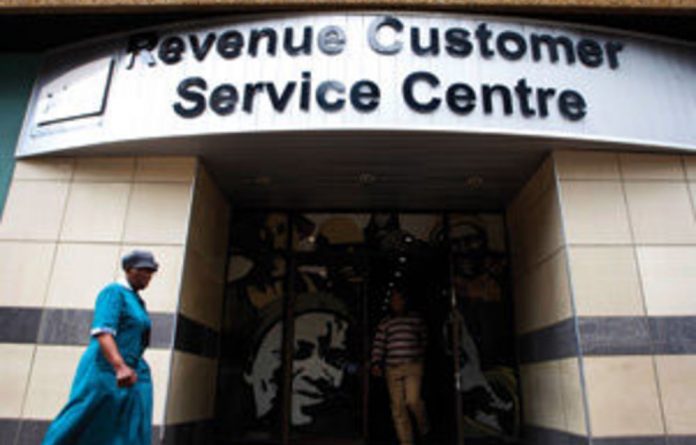 The seeds of the crisis in Johannesburg’s chaotic billing system were sown five years ago when a R208-million tender to upgrade the system was awarded to an inexperienced company whose directors have a record of high-level involvement with local and national government and links with powerful ANC politicians.

The City of Johannesburg awarded Masana Technologies the contract to consolidate its entire billing system in 2005. The contract price subsequently ballooned to R496-million and when the city cancelled the contract in September 2009 with R156-million of the work still unfinished, Masana went into liquidation.

Masana’s subcontractors, ­Dimension Data and IBM, had to pick up the pieces, at a further cost of R306-million, according to Johannesburg mayor Amos Masondo’s response to questions from the Democratic Alliance at the time. The City of Johannesburg now disputes these figures, saying the further cost was R170-million.

The fallout from the failed tender was that thousands of city residents have received inflated rates bills generated by poorly integrated IT systems and many face having their lights and water cut off for non-payment.

The municipality faces the prospect of a qualified audit this year, which would hinder its ability to service its long-term debt of R15-billion.

A Mail & Guardian investigation has established that three directors of Masana Technologies are connected to the City of Johannesburg, or entities associated with it, as well as to powerful government figures.

According to Zimele Ndlela, the consultant tasked with setting up Masana’s project office a few months after it won the Johannesburg tender, the company was too inexperienced to cope with the project’s size and complexity. Ndlela, who now runs his own IT company, told the M&G: “Before Masana won this contract, it didn’t have any large contracts, so it didn’t have the experience. How does a company with no experience get such a big contract?” Ndlela specifically mentioned that Masana director Malungani is “a big supporter of the ANC”. Malungani did not respond to questions from the M&G.

Ndlela recalls that Masana was chaotic: “For me to do my job, I needed to request resources from Kgotso [Chikane]. When I asked for a project administrator, he appointed a relative of his who used to work at Edgars. She had no experience and I couldn’t use her. That’s why we had non-performance at the company.”

The massive overrun in Masana’s contract was owed to “ability underestimation, complexity, scarcity of skilled resources, subcontractor differences and scope increase”, according to Masondo in 2009.

Responding to the allegation that Masana lacked the necessary experience, Peu Group finance director Busi Tshili said that it had been involved in the integration of Johannesburg’s IT systems with IBM since 2000. The M&G understands that the company was IBM’s junior partner until 2005, when it won the new contract, and then subcontracted to IBM.

But Masana’s involvement from 2000 raises further questions. Johannesburg began to integrate its billing system only that year and Masana was registered the year before.

Tshili also defended Chikane: “He [was] not employed by the city then [in 2000] — Masana did not need Kgotso Chikane to understand an existing client,” she said.

On Malungani, Tshili said: “We cannot understand how … being an ex-chair of the finance committee of the Gauteng Tender Board, which is not the same as Johannesburg, eight years earlier than 2005, would be construed by yourself to be unfair advantage.”

Maphologela said Masana was awarded the contract on the strength of its “partners such as Accenture and strong BEE credentials … These partners had credible track records of systems implementation”.

The history of Johannesburg’s attempts to integrate all its information systems — including water, electricity, refuse removal, title deeds and payroll — is lengthy and complex.

In 2000 several municipalities from Sandton in the north to Soweto in the south were combined to form the City of Johannesburg. Each municipality came with a separate IT system that had to be integrated.

In 2004 the city invited bids for the implementation of German SAP system technology and in 2005 the tender was awarded to Masana Technologies for five years.

A subcontractor who worked for Masana said that in times of crisis, IBM would be called in to “rescue the situation”.

Another source said Accenture — involved in a separate but linked IT project with the city — pulled out after a year because “it became very difficult to deliver on the mandate when there were so many basic things that Masana were not doing”.

The R156-million worth of work that it had not done at the time Johannesburg cancelled the contract was ceded to IBM, although it is unclear what the latter was paid to complete it.

At the time of liquidation, Masana claimed in press reports that it was still owed R100-million by the city. The city denied this. However, a confidential ANC provincial task team report into the fiasco said that Masana had “unexpectedly advised the City of Johannesburg that it was placing [itself] into voluntary liquidation. In terms of the contract … this triggered the automatic cancellation of the contract.”

After taking over Masana’s role, IBM soon fell out with Dimension Data, the other subcontracted partner.

Tshili distanced Masana from the city’s subsequent woes: “Masana is not and was not involved in the final implementation and post-implementation of the [city’s] billing system. Therefore, it cannot be associated or blamed for any billing problems.”