England skipper left with plenty to ponder before Cup 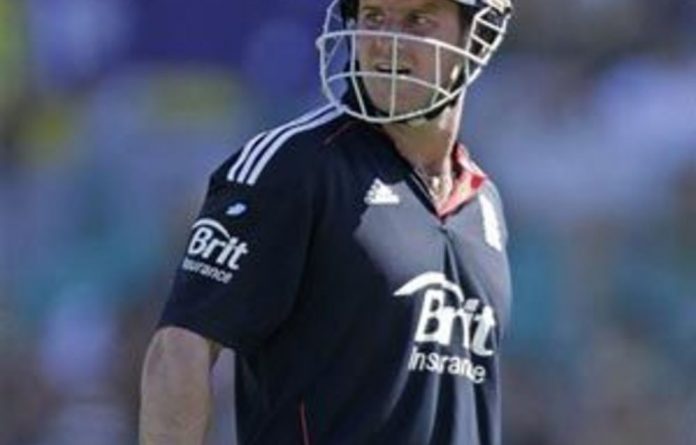 England captain Andrew Strauss admits he has plenty to think about as his side of walking wounded heads home from a marathon tour of Australia, with their World Cup opener just two weeks away.

After emphatic Ashes glory, the tourists limped to the finish line Down Under with a 57-run loss to Australia in Perth on Sunday, ending in a dismal 6-1 defeat in the one-day series.

The result snapped a five-series winning streak for the English in limited-overs cricket, but of most concern was the physical toll of the tour.

The English squad finally leaves Australia on Monday evening with six members of the 15 currently on the injured list. They head to the World Cup on Saturday.

Batsman Eoin Morgan looks set to miss the tournament with a broken finger, while Paul Collingwood (back), Graeme Swann (back), Ajmal Shahzad (hamstring), Tim Bresnan (calf) and Stuart Broad (stomach) are among the walking wounded.

Potential replacement Chris Tremlett also missed the end of the one-day international (ODI) series with a side strain.

Strauss admitted he had plenty to mull over on the long flight back to England, with his team’s first World Cup match against the Netherlands on February 22.

“That is going to be important, to see exactly where we are and who our best 11 available players are.

“We also have to think about what we haven’t done well in this series and how to adapt our game to the conditions in the sub-continent.

“I still feel very confident we can do well out there, but we need to play in a different manner to what we have done here.

“We’ve made too many mistakes too often, but the World Cup is a very different event in different conditions and we’re still confident we can do well there.”

Strauss insisted the ODI series was not as one-sided as the final result suggested, noting that England were in good positions in several of the matches.

“There were three or four games at the halfway point where we were in a very good position to win the game,” he said.

“Making sounder decisions under pressure is of vital importance in the World Cup and we didn’t do that enough in this series.

“One of the real benefits we’ve had in one-day cricket over the last couple of years is that we’ve had a very settled side and people have known their roles.

“That was disrupted this series, we had to blood some young guys and they will have gained a lot from it, so moving forward there is a lot to take out of this series.”

Strauss said England’s capitulation in the one-day series did nothing to diminish their historic Ashes triumph earlier in the tour.

“They are two different forms of the game and that Ashes victory was incredibly special and one that we will savour forever.” — Sapa-AFP