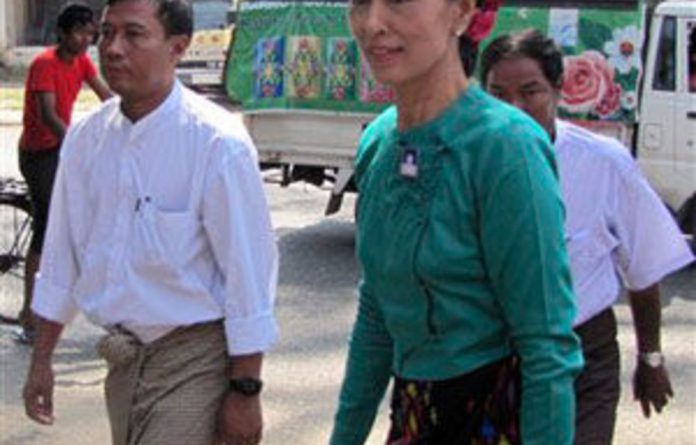 The party of Burma pro-democracy leader Aung San Suu Kyi recommended on Monday maintaining Western sanctions on the country, saying the embargoes affected the military regime and not the broader population.

The announcement by the National League for Democracy (NLD), Burma’s biggest opposition force, will be a blow to both the junta and Western investors keen to tap the isolated country’s vast natural resources.

“We came to find that the sanctions affect only the leaders of the ruling regime and their close business associates, not the majority of the people,” Tin Oo, NLD vice-chairperson, told Reuters.

Tin Oo declined to elaborate but said a report by the NLD would be released later on Monday based on its own research and consultation with economists.

Suu Kyi, who was released from house arrest on November 13, had backed the sanctions as part of her fight against decades of iron-fisted rule in the former British colony.

Sanctions fail to bring reforms
In the speeches and interviews that followed her release she indicated she might consider recommending the lifting of the embargoes, which prompted a flurry of diplomatic activity and attracted wide attention in the West.

Many analysts say the sanctions have failed to bring about any reforms and simply pushed the generals and their business allies closer to neighbours China and Thailand, which are investing heavily in the country’s vast energy reserves.

They argued the sanctions, which range from bans on arms deals and new investments in Burma to travel restrictions on regime officials and the freezing of offshore bank accounts, were damaging to the economy and hurt the Burmese people.

While Burma’s top generals enjoy lavish lifestyles and cash in on trade with Asian nations that do not impose sanctions, the embargoes have hampered their efforts buy new weapons technology for its large military. – Reuters