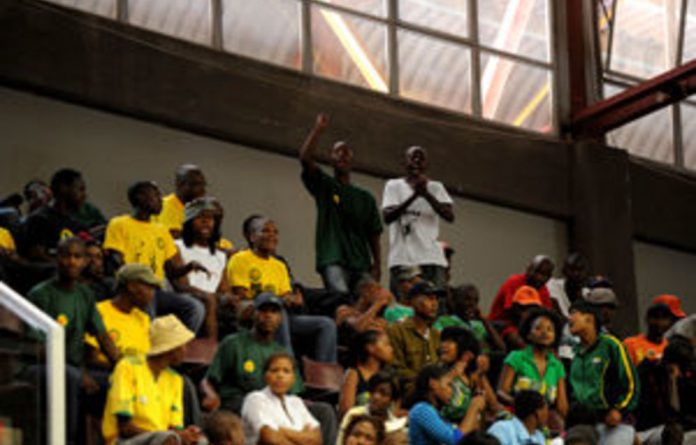 Unresolved tensions between students and management at the University of Johannesburg (UJ) erupted on Friday last week at the university’s high-glamour launch of its Soweto campus, revamped at a cost of R400-million.

UJ management’s “victimisation of and lack of respect for” student leaders led to the planned disruption, students who were involved — some of whom are Student Representative Council (SRC) members — told Mail & Guardian at Friday’s ceremony. They said they also wanted suspended SRC president Emmanuel Mapheto to be reinstated.

Before Motlanthe started his keynote address, students in T-shirts with ANC Youth League, Young Communist League (YCL) and Sasco logos sang protest songs and shouted slogans such as “Forward with free buses, forward!” and “Down with bus fare, down!” (referring to the costs of travel between UJ campuses in central Johannesburg and Soweto).

The revamped campus — formerly Soweto branch the now disbanded Vista University, which had eight campuses around the country — has buildings named after struggle heroes such as Helen Kuzwayo, Robert Sobukwe and Bram Fischer.

As the students continued protesting and singing, a clearly upset Ihron Rensburg, UJ’s vice-chancellor, said they would be removed from the venue if they did not stop. It was only after the students met deputy vice-chancellor Adam Habib and agreed to a later meeting that the protests stopped and the formalities could commence.

Rensburg remarked that even the most perfect preparations do not run the perfect course and said it was “sad” that management and students had not reached common ground on the matters under dispute.

“And so the students of Sasco have seen it opportune to present their case,” Rensburg told the assemble guests. “There’s nothing wrong with that — it is just the manner in which it is done.”

SRC president Emmanuel Mapheto has been suspended for a year after an SRC-organised party got out of hand late last year and a security guard was almost attacked by students, said Habib.

But Kholofelo Selepe, YCL treasurer and spokesperson for the Doornfontein SRC of UJ, said Mapheto’s suspension was the very “victimisation” they were referring to.

He said the SRC president had been suspended because he refused to sign UJ documents concerning fee increases and bus fares. UJ students will from this year pay a R2 per bus trip between campuses, down from the R5 management had orginally stipulated, said Selepe.

“These charges were not brought against him but we suspect that these two factors influenced the decision to suspend him,” Selepe said.

Habib said the SRC president had been charged with unbecoming conduct after his address at last year’s bash incited students who almost attacked the security guard. Mapheto was found guilty and then appealed, but the university upheld its decision and suspended him for a year.

Habib said the university did not want to destroy the future of a student but could also not let unbecoming conduct go unpunished. “We had a meeting on Thursday [last week] with the student that the other SRC members are fighting for and came to the agreement that we will facilitate his move to another institution; and should he wish to return to UJ after a year he is more than welcome,” said Habib.