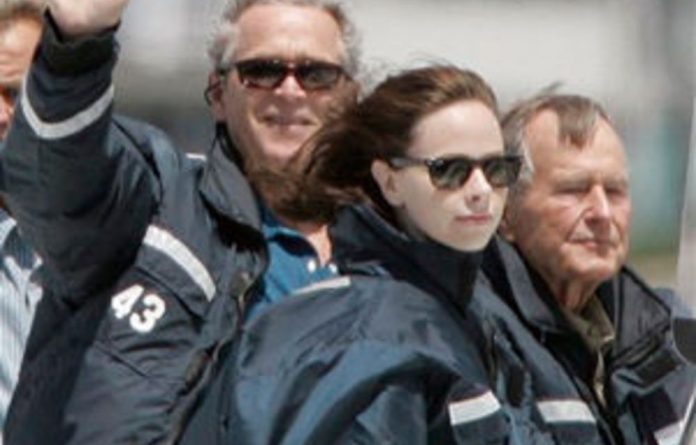 Activists vowed on Monday that former US president George Bush will face a torture case against him wherever he travels outside the United States.

Human rights groups had planned to lodge a Swiss criminal case against Bush on Monday, before his address to a Jewish charity in Geneva on February 12. Organisers cancelled his speech last weekend, invoking security concerns.

“This document is not intended to serve as a comprehensive presentation of all evidence against Bush for torture; rather, it presents the fundamental aspects of the case against him, and a preliminary legal analysis of liability for torture, and a response to certain anticipated defenses,” it read.

“Our analysis can be modified for a particular plaintiff and country very quickly. So if he decides to leave the United States in the future, as soon as we hear about it we will have a complaint filed,” Katherine Gallagher, senior staff attorney at the Center for Constitutional Rights, told Reuters.

Putting Bush on notice
“This is our way of putting him on notice,” she said, adding that there were rumours that Bush would go to Canada in October.

The Swiss trip was to have been Bush’s first abroad since his memoirs, Decision Points, were published last November, in which he admitted to ordering waterboarding. He strongly defended the technique, which simulates drowning, as key to preventing a repeat of the September 11 attacks on America.

Most human rights experts consider waterboarding a form of torture banned by the Convention on Torture, an international pact prohibiting torture and other cruel, inhumane or degrading treatment or punishment. Switzerland and the United States are among 147 countries to have ratified the 1987 treaty.

The human rights groups said Bush would not be entitled to immunity from prosecution as a former head of state. But Swiss officials said last week he would enjoy “a certain diplomatic immunity” in Switzerland.

Swiss law requires an alleged torturer to be on Swiss soil before a preliminary investigation can be opened, so the groups decided not to lodge their complaint in Geneva. They said it would have been on behalf of two torture victims at Guantánamo Bay.

They identified them as Sami El Hadjj, a former al-Jazeera journalist and former detainee at Guantánamo, and a Pakistani man still held at the US naval base on Cuba after being transferred from a secret detention centre.

“Bush is a torturer and deserves to be remembered as such,” Gavin Sullivan, counterterrorism expert at the Berlin-based European Centre for Constitutional and Human Rights, said in a statement.

“He bears ultimate responsibility for authorising the torture of thousands of individuals at places like Guantánamo and secret CIA ‘black sites’ around the world,” he said.

The indictment quotes from separate reports by the CIA Inspector General and the International Committee of the Red Cross which detail the use of the same techniques.

The ICRC, a neutral humanitarian agency, said in its leaked 2007 report that these were aimed at undermining human dignity and in many cases induce severe physical and mental pain. ICRC officials visit Guantánamo detainees, including Khalid Sheik Mohammed, the alleged mastermind of the September 11 attacks. – Reuters