Two Koreas at odds in first talks since attack 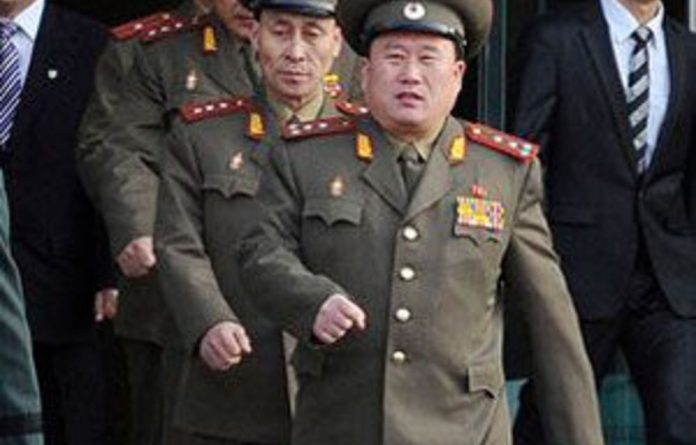 North and South Korea on Tuesday haggled for hours over how to ease cross-border tensions in their first talks since the North’s deadly shelling of a South Korean island last November.

Military officers from the two sides met at the border village of Panmunjom to prepare for a planned higher-level military meeting at a date to be fixed. But disagreements over the agenda kept them talking late into the evening.

The South also accuses the North of torpedoing a warship near the maritime border last March and killing 46 sailors, a charge it denies.

Seoul’s team was insisting that the upcoming meeting should discuss both attacks, a defence ministry spokesperson told Agence France-Presse (AFP). The South wants the North at that meeting to apologise and punish those responsible.

The South had said it sees Tuesday’s meeting — in a building known as Peace House — as an opportunity to test the sincerity of its neighbour’s recent peace overtures.

After warning last year of nuclear war on the peninsula, Pyongyang abruptly changed tack last month and launched a series of appeals for dialogue.

The turnaround came as its key ally, China, presses for the revival of six-party nuclear disarmament talks to ease overall tensions.

The North abandoned the negotiations — which offer economic and diplomatic benefits in return for denuclearisation — in April 2009, but in recent months has expressed conditional interest in returning to them.

The United States, which is also a forum member along with South Korea, Japan and Russia, says the North must mend ties with the South before the nuclear dialogue can resume.

Far apart
The two Koreas remain far apart on who is to blame for the months of confrontation.

The North flatly denies any involvement in the sinking of the South’s warship. It also says its artillery attack on Yeonpyeong was in response to a South Korean live-fire drill there, which dropped shells into waters claimed by the North.

“There is a possibility of the talks ending up confirming each other’s stance,” a military official was quoted as saying by Yonhap before the colonel-level discussions began.

“The two sides may hold multiple rounds of the preliminary talks.”

The South staged a series of military drills after the shelling and began fortifying Yeonpyeong and four other “frontline” islands and reinforcing marines posted there.

A military source quoted by Yonhap said the military plans to increase the size of the marine corps by up to 2 000 to strengthen the islands’ defences.

The bombardment was the first attack on a civilian-populated area in the South since the 1950 to 1953 war.