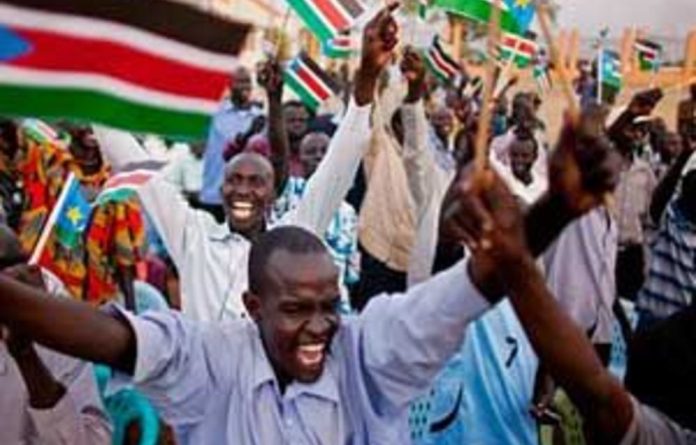 The United States said on Monday it will recognise South Sudan as the world’s newest nation as it moved to reward the north for its cooperation by taking it off a terrorism blacklist.

Just hours after results from a referendum showed that 98,83% of southern Sudan favoured secession, President Barack Obama announced that the US would recognise it as a “sovereign, independent state” in July.

“On behalf of the people of the United States, I congratulate the people of southern Sudan for a successful and inspiring referendum in which an overwhelmingly majority of voters chose independence,” Obama said.

“After decades of conflict, the images of millions of southern Sudanese voters deciding their own future was an inspiration to the world and another step forward in Africa’s long journey toward justice and democracy,” Obama said in a statement.

The January referendum was the cornerstone of a 2005 peace deal that ended two decades of war pitting the ethnic African and largely Christian south against the Arab and Muslim north.

The US and its allies nervously prepared for the referendum, fearing it could reignite the conflict in Africa’s largest nation that had killed around two million people.

But the vote was mostly peaceful and President Omar al-Bashir accepted the result, drawing rare US praise for a leader accused by the International Criminal Court of genocide in the separate conflict in Darfur.

Obama did not ignore the parched western region, saying “there must be an end to attacks on civilians in Darfur and a definitive end to that conflict”. He also said that “outstanding issues must be resolved peacefully” between the north and south.

But the Obama administration said it would move ahead with removing Sudan from a list of state sponsors of terrorism — a designation that comes with sanctions and restrictions on loans and high-technology exports.

Secretary of State Hillary Clinton, in a separate statement, said that the US was “initiating the process” of delisting Sudan.

“Removal of the State Sponsor of Terrorism designation will take place if and when Sudan meets all criteria spelled out in US law,” she said.

The requirements include not supporting terrorism for a period of six months and ensuring it will not do so in the future, she said.

Sudan, whose Foreign Minister Ali Karti visited Washington last month to meet Clinton, has sought removal from the blacklist as it cooperates over southern Sudan.

US Senator John Kerry, who headed to Sudan three times in recent months to help pave the way for the historic vote, said he had promised Sudan that the US would move on delisting if it recognised the referendum results.

“Now that Sudan has taken these important steps, we should begin this review,” said the Democratic lawmaker, a former presidential candidate who heads the Senate Foreign Relations Committee and is close to the White House.

“Its results will be dictated by Sudanese actions and the requirements of US law, but I am extremely hopeful that just as North and South Sudan have embarked on a new relationship, Khartoum is attempting to redefine its relationship with the United States and the rest of the international community,” Kerry said. — Sapa-AFP