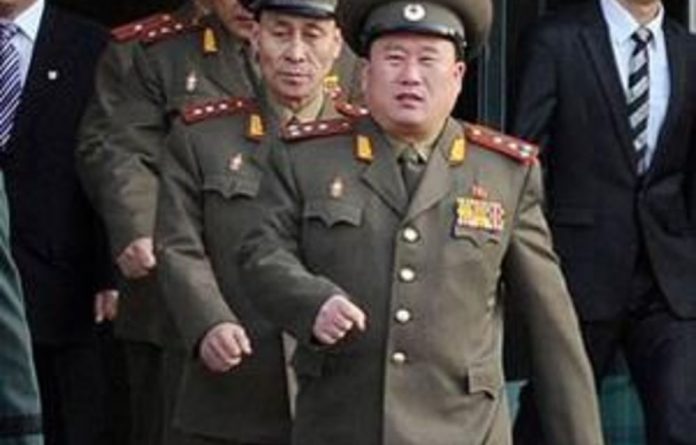 The two sides had been meeting for the first time since the North’s deadly shelling of a South Korean island on November 23, which briefly sparked fears of war.

A ministry spokesperson told Agence France-Presse the North’s negotiators walked out of the meeting in the border village of Panmunjom and crossed the frontier 10 minutes later.

“They even failed to discuss when to meet again,” he said. “Under the current situation, we can say the talks have collapsed.”

A ministry official quoted by YTN television said the atmosphere “was quite charged with emotion”.

The ministry said the two sides failed to agree on the agenda for a proposed higher-level military meeting, with the South demanding an apology at that meeting for two bloody border incidents last year.

Four people including civilians died in the shelling of Yeonpyeong Island near the disputed Yellow Sea border. The South also accuses the North of torpedoing a warship last March with the loss of 46 lives, a charge it denies.

Earlier on Wednesday, the South agreed in principle to hold separate Red Cross talks on reunions for separated families. But the unification ministry said these talks could not now go ahead.

“As military talks will not be held, we cannot start discussions on the resumption of Red Cross dialogue,” said ministry spokesperson Lee Jong-Joo.

Call for apology
The island bombardment was the first such attack on a civilian area since the 1950 to 1953 war. The South says the North must apologise both for the shelling and the warship sinking and punish those responsible.

The North, however, proposed that higher-level talks focus on stopping all military actions that can be considered provocative by the other side.

Pyongyang flatly denies involvement in the sinking of the South’s warship.

It says its attack on Yeonpyeong was in response to a South Korean live-fire drill there, which dropped shells into waters claimed by the North.

North and South had agreed to talk soon after their respective superpower patrons, China and the United States, called jointly for inter-Korean dialogue.

“Both sides are now under international pressure to continue dialogue,” he said. “I don’t think the collapse of talks will escalate tensions again. After a cooling-off period, I believe the North will make a fresh proposal for a new round of military talks.”

After predictions late last year of nuclear war on the peninsula, the North abruptly changed tack in January and launched a spate of appeals for dialogue. — AFP

Two Koreas at odds in first talks since attack