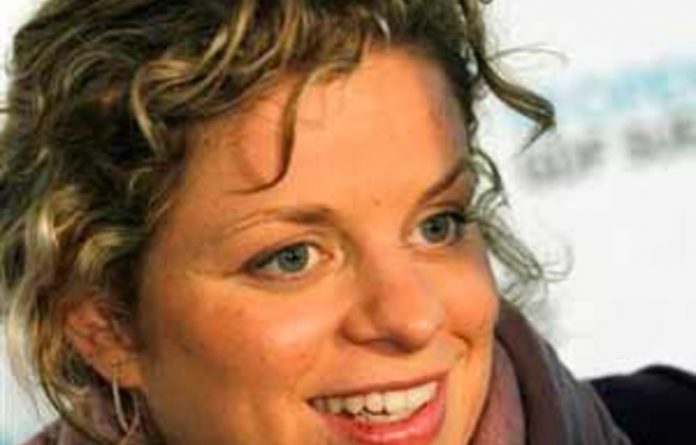 Kim Clijsters moved within one win of taking the number one ranking by rallying to beat Kristina Barrois of Germany 4-6, 6-2, 6-0 in the second round of the Open Gaz de France on Wednesday.

The Australian Open champion just needs to win her quarterfinal match on Friday to snatch the top spot from Caroline Wozniacki of Denmark.

Meanwhile, Nadia Petrova of Russia, Andrea Petkovic of Germany, Yanina Wickmayer of Belgium and Sofia Arvidsson of Sweden advanced to the second round.

The last time Clijsters held the number one ranking was in March 2006.

“It didn’t get into my mind,” Clijsters said about the idea of recapturing the top spot. “One more match … It will be tough. There’s a couple of tough players who might get through.”

Clijsters will play either Jelena Dokic of Australia or Petrova.

Sluggish start
The top-seeded Belgian got off to a sluggish start, dropping serve twice to give Barrois a 4-0 lead. She fought back to cut the deficit to 4-3, but Barrois held her nerve, converting her first set point when Clijsters sent a backhand volley into the net.

“She’s a tricky player,” Clijsters said of Barrois. “She has a game that you don’t see that often anymore on the women’s tour. In the beginning, I just had to get a feel for it.”

Clijsters hit a backhand crosscourt winner in the next set to lead 3-1. She double-faulted to lose the next game but then broke Barrois again with another backhand winner for a 4-2 lead, clinching the second set when a forehand from Barrois sailed long.

“I wasn’t worried after the first set,” said Clijsters, who won this tournament in 2004. “I was sometimes overdoing it a bit … trying to go for the winners a little bit too fast. But once I got that under control, I felt a lot more confident during the rallies.”

“I was trying to be a little more aggressive so that I didn’t give her the chance to play me around the court.”

Clijsters was in complete control in the final set, although she had to save three break points in the third game. She converted her first match point when a half-volley from Barrois went long.

The eighth-seeded Cibulkova was a bit more consistent than Oudin as both combined to drop serve 11 times. Cibulkova took the first set on an unforced error from Oudin before saving four set points to force a tie-breaker.

In a first-round match, the fifth-seeded Petrova did not allow any break chances as she cruised past Virginie Razzano of France 6-1, 6-3.

The 24th-ranked Petkovic overcame problems on her serve to outlast countrywoman Angelique Kerber 7-5, 3-6, 6-2.

Petkovic faced 17 break points in the match, losing her serve five times, but won in just over two hours. She will face Slovakian qualifier Kristina Kucova in the second round.

The seventh-seeded Wickmayer saved a break point at 4-2 down in the first set before beating Elena Vesnina of Russia 7-6 (1), 6-2. The Belgian will take on Klara Zakopalova of the Czech Republic.