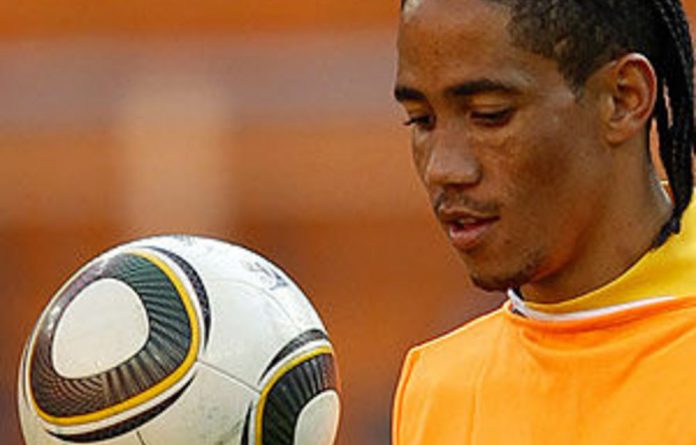 South Africa warmed up for an Africa Cup of Nations qualifier against Egypt next month with a comfortable 2-0 friendly victory over Kenya in Rustenburg on Wednesday.

Bafana Bafana dominated the first half and led 2-0 at half-time courtesy of goals from Leeds United striker Davide Somma in the second minute and Tottenham Hotspur midfielder Steven Pienaar just before the break.

It was a predictable outcome to a game that never scaled great heights, with the 27-place gap on the African rankings obvious at a half-full 45 000-seat Royal Bafokeng Sports Palace.

South Africa left captain and centreback Aaron Mokoena on the bench while a Kenyan team including three teenagers lacked Inter Milan midfielder McDonald Mariga, who was nursing a knock from weekend Serie A action.

Scoring has been a bugbear for the home team for longer than they care to remember, and so it came as a pleasant surprise to the home crowd when the host nation found themselves ahead just 65 seconds after the kick-off.

Fullback Anele Ngcongca crossed low from the right and Somma timed his sprint perfectly to stay onside and score with a shot that went into the net at the near post off debutant goalkeeper Jerim Onyango.

In the wars
Pienaar, who had been doubtful after a Tottenham training ground collision with compatriot Bongani Khumalo that induced headaches, was in the wars early on.

A wayward Kenyan boot struck his left eye, and after ice cured that problem he hurt his shoulder as the Harmabee Stars got stuck in to prevent further damage in perfect summer playing conditions.

Kenya were barely a threat going forward and when star striker and captain Dennis Oliech did get a sight of goal midway through the opening half, he shot straight at goalkeeper Itumeleng Khune.

South Africa created plenty of scoring chances and doubled their lead two minutes into first-half stoppage time through Pienaar off the first corner of the match.

Wide midfielder Siphiwe Tshabalala, linked with a mid-year move to English second-tier club Nottingham Forest, pushed the set piece to his skipper on the edge of the box and his shot flew past a forest of legs into the net.

Coaches Pitso Mosimane and Zedekiah “Zico” Otieno rang the changes as the second half progressed, with Pienaar among the early departees as he dashed east to Johannesburg and an overnight flight to his London base.

However, all the substitutions did not enhance the rhythm of the game or heighten excitement, with South Africa in control but once again failing to translate ball possession into a goal glut. — AFP

Ahmed Divela was one of Ghana’s most fearless investigative journalists. This edited excerpt about his killing is from Faces of Assassination
Read more
Advertising
Continue to the category
National