Are rugby refs a law unto themselves? 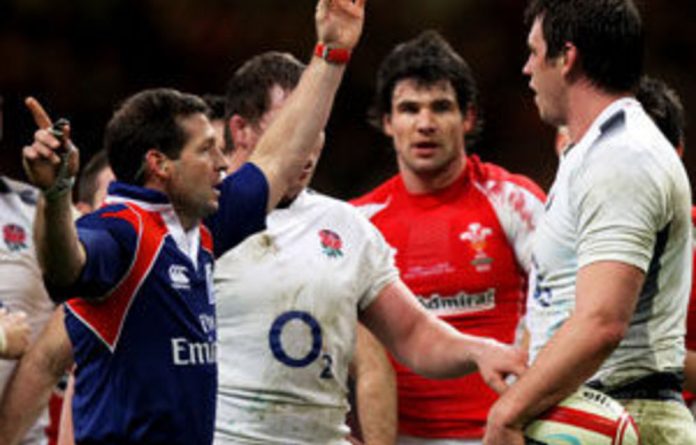 Anyone who thinks referees are bit-part characters does not watch enough modern Test rugby. One weekend into the Six Nations Championship and Ireland are already weighing up whether to make an official complaint regarding the French official Romain Poite. A penalty count of 13-5 against the Irish almost sunk them in Rome, made worse by Nick Mallett’s revelation that Poite had previously written to the Italian Rugby Federation apologising for his handling of the same fixture 12 months ago.

Cue conspiracy theories and much Irish muttering. The possibility that their front row might have been skewered by a superior force was, clearly, inconceivable. Yet, as observed last week, the 35-year-old Poite is renowned for his stern refereeing of the scrummage and, with the International Rugby Board on the warpath over collapsed scrums, there was always a good chance of acrimony. Ireland knew trouble was brewing the moment Poite’s appointment was announced.

Every coach in the Six Nations nowadays can tell you more about a leading referee’s quirks than he can his own wife’s. Under forensic scrutiny all sorts of trends emerge. Did you know, for instance, what was unusual about Louis Deacon’s sin-binning for a blatant professional foul on Friday night? It was England’s seventh yellow card in their past 16 Six Nations matches. More pertinently, all the previous six were brandished by South African referees. Given the assortment of nationalities who take charge of England games, it is an extraordinarily lop-sided statistic.

There are other curiosities. For instance the rarity factor of Craig Mitchell’s yellow card. On Friday he became the first Welsh forward in five years to be sin-binned in a Six Nations game at the Millennium Stadium.

Think of all the hundreds of rucks, mauls, line-outs and collapsed scrums at which Wales — like everyone else — have tried to pull a fast one. Do referees subliminally bow to the urgings of the home crowd? There is evidence to suggest they do.

Ireland, even more remarkably, have lost only nine men to the sin bin in the 11-year history of the Six Nations, including Denis Leamy on Saturday. That’s less than one a season. It is an almost freakishly low figure, unless you believe that every Irish player is a finely calibrated model of restraint.

Level playing field
Drill the Ireland stats down further and you find that one man — Jonathan Kaplan — is responsible for almost 40% of their yellow cards, whereas in the past two seasons, only English referees have carded them. And who is taking charge of this weekend’s Ireland-France game in Dublin? England’s Dave Pearson, the same Pearson who has flourished three yellows in his four championship games to date. Suddenly it is easier to understand why Irish coach Declan Kidney is so keen to ensure a level playing field this weekend.

As for those in France tempted to imagine that dark anti-Gallic forces are at work, there is bad news. Did you hear Wayne Barnes speaking to the French forwards in their native tongue on Saturday? And did you know France have had only one player sin-binned on home soil in the Six Nations in the past decade? Or one solitary yellow card anywhere in the tournament since 2006? So much for the cliché of habitual French indiscipline.

One could go on. The fact is that certain referees seem to give certain teams more leeway than others, particularly in front of their home supporters. It is not a question of dishonesty; it is simply the way it is.

It is one of the main reasons winning away is so hard, particularly now that Italy are reliably competitive at the Stadio Flaminio.

As for England, they will not be complaining about this Saturday’s Twickenham referee, Craig Joubert. For a start, the 33-year-old South African was in charge of their spectacular contest against Australia in November. They will be hoping to retain that game at the forefront of his mind, rather than Ireland in Dublin in 2009, when Joubert yellow-carded Danny Care and Phil Vickery and Ireland won by a point.

More of a worry is New Zealand’s Steve Walsh, with whom they have a bit of history, for the France game on February 26. And who is whistling the Scotland game a fortnight later? Why, none other than Monsieur Poite. Even as Kidney pores over the footage from Rome, at least two rival coaches will be doing likewise. —