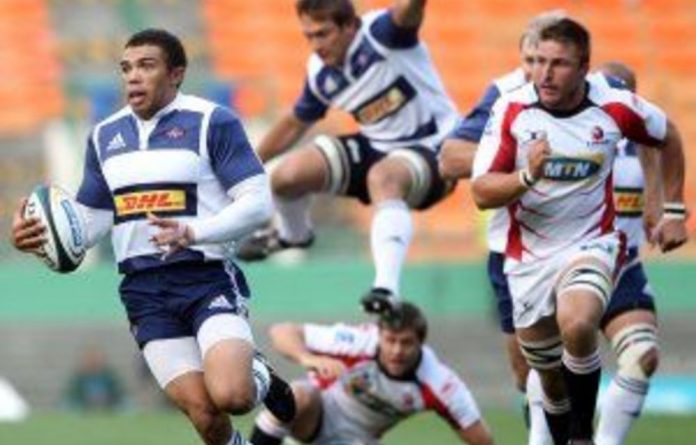 What with warm-up games and the Varsity Cup, you could be forgiven for thinking that the rugby season begins in January and ends in December these days. In fact, the new Super Rugby tournament is still one week away and, confusingly, the Stormers have a bye.

This is just the sort of detail that Sanzar (South Africa, New Zealand, Australia Rugby) failed to consider when the tournament was expanded to 15 teams, with the addition of the Melbourne Rebels. An odd number of teams means someone has to have a bye every week, including week one. So next week we’ll have a look at the Stormers and their chances of going one better than runner-up in 2011. This week it’s a chance to focus on the other four franchises.

The Bulls
The champions in three of the past four years have had a low-key build-up, but look as fearsome as ever. The judicial ruling that cleared Chiliboy Ralepelle and Bjorn Basson has helped with the depth needed in Super Rugby. Basson’s first appearance for the Bulls featured a hat-trick against an invitation side in Mbombela, reminding us, if it were necessary, that he is the best finisher in the country.

But the real bonus for the Bulls is the return of Fourie du Preez, the world’s finest scrumhalf and a tactician of the highest order. Du Preez’s decision to go under the surgeon’s knife last year to repair a long-standing shoulder injury resulted in an eight-month break. It may pay
back the Bulls and the Springboks tenfold.

It’s difficult to look past the Bulls in the search for a champion in 2011. They have power, pace and structure and they have been there before. In addition, the new play-off system accommodating six teams allows them the luxury of a slow start. It’s not likely that they’ll need it.

The Cheetahs
Naka Drotske’s men have lost some key personnel in the off season. Midfield general Meyer Bosman has relocated to Durban in an effort to reignite his international career and second- row stalwart David de Villiers has signed for the Lions. Bosman’s departure will be camouflaged by the return of former Cheetahs under 21 captain Andries Strauss from the Sharks.

The draw has been particularly unkind to the Cheetahs. They have just two home games in the first eight weeks, one of which is against the Bulls. What that means is that the competition could be as good as over for them by the time they host the Hurricanes in Bloemfontein on April 16.

The Cheetahs still have some fine individuals: Coenie Oosthuizen could be the starting Springbok loosehead prop by the time the World Cup rolls around and Heinrich Brussow has a chance to remind us of how good he was before serious injury curtailed his career.

The Lions
An aggressive signing spree during the close season has added depth to the undoubted promise shown in the second half of the Currie Cup last year. Coach John Mitchell has bagged two new halfback pairings in Rory Kockott, Michael Bondesio, Butch James and Andre Pretorius.

He has also dipped into the reserve strength at the Sharks to acquire some young and gifted forwards in Pat Cilliers and Michael Rhodes, and from the Bulls come Bandise Maku and Dries van Schalkwyk. Add in last season’s young stars Elton Jantjies, Jaco Taute and Josh Strauss and the future looks bright.

The wage bill has obviously soared since the franchise brought on board its new equity partners, Robert Gumede and Ivor Ichikowitz, last year. The question to be answered is whether the money supply will continue if positive results on the field fail to materialise.

The Sharks
The Currie Cup champions lost to the Lions (badly) and the Stormers (narrowly) in preseason play, rekindling memories of last year’s campaign when the franchise lost all five of its opening Super Rugby fixtures. The subsequent turnaround came a fraction too late to ensure a semifinal spot.

A similar draw will also raise concerns in 2011, but after home games against the Cheetahs and Blues, the Sharks have a reasonably fair passage through Australasia. They play the Force, the Rebels and the Chiefs before finishing against the Crusaders. What that means is that if they can cobble together 10 points or so on the road, they should be in a position to exploit the second half of the season when they play six home games in seven weeks.

There is quality throughout the squad and an enviable blend of youth and experience. The rise and rise of Pat Lambie and Charl McLeod has been augmented by the acquisition of Meyer Bosman, Conrad Hoffman and Jacques Louis Potgieter, a measured nod to the need to rest the first-choice line-up at some stage.

A fit-again John Smit provides back-up for all three front-row positions and the general feeling is that the Sharks may be the team to push the Bulls this season.