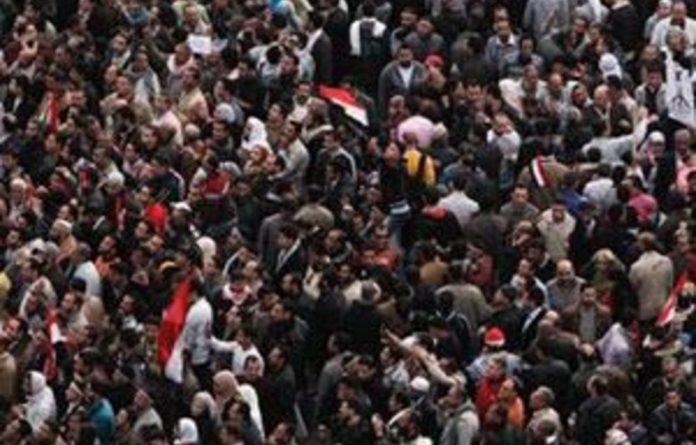 US President Barack Obama said on Thursday Egyptian President Hosni Mubarak’s statement that he would hand over power to his vice-president was not enough to meet the demands of protesters clamouring for democratic change.

Hours after Mubarak’s refusal to resign provoked rage among protesters in Cairo, Obama said that Egyptians “remain unconvinced that the government is serious about a genuine transition to democracy.”

Obama earlier had watched on television as Mubarak said he would transfer power to Vice-President Omar Suleiman. But the Egyptian president did not step down as many protesters had expected.

“The Egyptian government must put forward a credible, concrete and unequivocal path toward genuine democracy, and they have not yet seized that opportunity,” the US president said in a written statement.

Before Mubarak’s speech, Obama said the United States would support an “orderly and genuine” transition to democracy in the most populous Arab country, whose powerful military gets about $1,3-billion a year in aid from Washington. Egypt is a key US ally in the Middle East.

The United States has walked a fine line since the demonstrations began, endorsing the democratic aspirations of the protesters but trying not to openly desert a long-time ally or encourage an abrupt upheaval that could lead to chaos.

While not entirely dismissing Mubarak’s gesture, Obama said the Egyptian government must go further “to spell out in clear and unambiguous language” a step-by-step path to democracy.

“We believe that this transition must immediately demonstrate irreversible political change, and a negotiated path to democracy,” Obama said.

He urged the Egyptian government to lift emergency rule and convene talks with a broad swath of opposition groups.

Egypt’s strategic importance to the United States includes its role in Middle East peace efforts after Cairo signed a peace accord with Israel in 1979, as guardian of the Suez Canal and as a counterweight to Iran.

‘Some serious problems’
CIA director Leon Panetta told a congressional hearing earlier on Thursday that the situation in Egypt was fluid and would depend on whether Egyptian leaders and the opposition were making the “right decisions at the right moments”.

“If it’s done right, it will help us to promote stability in that part of the world,” Panetta said. “If it happens wrong, it could create some serious problems for us and the rest of the world.”

US Senator John McCain, a leading Republican voice on foreign policy issues, said Mubarak’s announcement that he will remain in power was “deeply unfortunate and troubling”.

“The voices of the Egyptian people are growing louder and more unified, and they are not demanding partial transfers of power or minor adjustments to the current government. They are calling for President Mubarak to step down as the beginning of a meaningful and enduring transition to democracy in Egypt,” McCain said in a statement.

James Steinberg, the US deputy secretary of state, told another congressional hearing that the United States is committed to ensuring that political changes in the Middle East do not threaten Israel and that “all who take part in Egypt’s political future … honour Egypt’s historic peace treaty with Israel.”

“As the transition unfolds, we will tailor our support to engage and nurture it,” Steinberg said. – Reuters