The state of Jacob Zuma 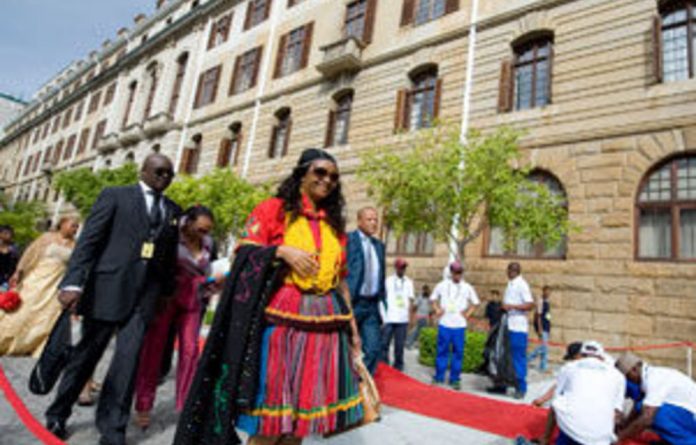 If a week is a long time in politics, a year can feel like a geological epoch. When he delivered his State of the Nation address in February 2010, President Jacob Zuma was beset by a personal scandal — a child born out of wedlock to Sonono Khoza, daughter of soccer kingpin Irvin — and by the fickle politics of the coalition that brought him to power. The ANC Youth League, once prepared to “kill” on his behalf, was campaigning to limit him to a single term in office.

The speech was touted by those around Zuma at the time as a chance to reassert his authority in a government that even Cabinet ministers were privately describing as “rudderless”. It was also an opportunity to use the bully pulpit of the presidency to remind an increasingly fractious governing party just who controlled the real levers of power.

It was a resounding failure: leaden, vague and immediately criticised, with unprecedented ferocity by Zuma’s sometime union allies, Cosatu, among others.

Instead of re-establishing his leadership credentials, the speech marked Zuma’s lowest ebb in an extraordinarily turbulent first year. But the bottom can also be a turning point.

To understand his performance then, and now, it is necessary to accept that Zuma is not a politician of the flawlessly executed set piece.

His biography is not going to be structured around major speeches. In fact he tends to perform particularly poorly in the high political theatre of the National Assembly.

His legendary charm and facility seem to desert him. Each sentence seems to come as a complete surprise as it scrolls up on the teleprompter. Even his physical presence seems awkward and constrained. He clears his throat, pushes back his spectacles, pauses in awkward places.

It is no surprise then that his wayward free kick in 2010 was easily intercepted and driven back deep into his own half.

Ever since then, however, he has stopped trying to play the game on his opponents’ terms and gone back to the kind of politics he has a real genius for: backroom negotiation, coalition building, and man-management.

Nowhere was this more evident than in his October Cabinet reshuffle — a shake-up on a scale that no president in the democratic era has dared, and one designed primarily to shore up his position ahead of the ANC’s 2012 elective conference.

“Who is going to stand against him now?” asks one ministerial adviser who was close to the action at the time.

Before the reshuffle, support seemed to be consolidating behind a 2012 ticket consisting of Deputy President Kgalema Motlanthe, Human Settlements Minister Tokyo Sexwale and then-deputy arts and culture minister Paul Mashatile, together with then deputy police minister Fikile Mbalula.

Senior ANC and government figures have told the Mail & Guardian they believe the promotion of Mashatile and Mbalula to full Cabinet posts (arts and sport respectively) has substantially reduced the effectiveness of that challenge.

“They are still young and can wait another term,” the adviser said, suggesting that without their “energy” any contender, even Motlanthe, who is acceptable presidential material to so many in the party, would find it difficult to marshal support.

Zuma also pulled trusted support staff closer. The move of Zizi Kodwa from Luthuli House to the presidency officially made him presidential adviser on communications, but presidency officials and others around Zuma credit Kodwa with providing critical strategic advice that helped Zuma to get back on track, both in public perceptions and his management of party concerns.

The foundation for the Cabinet reshuffle was laid a month earlier at the ANC’s national general council meeting in Durban.

The youth league and its cocksure leader Julius Malema thought that they had set the stage for a humiliation of Zuma, ANC secretary general Gwede Mantashe and the communist party, which had become an increasingly important source of support for the beleaguered president.

They would use the debate over mine nationalisation to deliver a political blow in the guise of a policy discussion.

Despite packing the conference sessions on economic transformation, however, and storming the stage at one point, the youth league was unable to seize the moment. That they managed to keep the debate alive at all is a testimony to the effort that they put into the conference, but at all the key decision points they ran into Zuma’s carefully marshalled troops. Mantashe, Higher Education Minister Blade Nzimande, the members of the party’s economic transformation committee and provincial premiers whom Zuma had lobbied hard in the run-up to the conference kept delegates from most ANC regions firmly on side.

As one deputy minister told the M&G, “it was all incredibly carefully managed”.

Despite the frenzied court politics at home, Zuma had an exceptionally good year abroad.

Here was the herd boy from Nkandla sleeping in Buckingham Palace, and it was the baying English tabloids that looked uncivilised, not him.

He made historic visits to the People’s Republic of China and the other emerging giants, India and Brazil. Against all expectations, South Africa was subsequently admitted to the Bric group of major developing economies.

It was all very presidential.

A good speech, or a bad one, then, won’t have much effect either way on his standing. But he does face very real threats.

Jobs are clearly Zuma’s and the government’s priority, and the new initiatives announced in the speech, and in the forthcoming budget, aim to address the profound unemployment crisis. A top official in the Cabinet economics cluster told the M&G that “President Zuma has an absolutely clear view of the policy we are now going to follow and is driving it”.

But that clarity has not yet filtered down to the level of a single policy vision for microeconomic reform, or macroeconomic management.

Certainly Zuma himself has been reluctant to articulate clear support for any of the choices offered up to him by the national treasury, the department of economic development, the department of trade and industry and his alliance partners.

Said one Cabinet minister: “That just isn’t his style. He prefers to manage the situation carefully, and he is walking a very fine line in the alliance and the ANC. It is a very fragile situation.”

Just how fragile is clear from Cosatu’s recent rejection of the government’s new growth path document as “worse” than the hated Gear programme adopted under former president Thabo Mbeki, and the growing row over labour broking.

Meanwhile, those sidelined by the Cabinet reshuffle, and the extensive reorganisation of parliamentary committee chairs that followed, are licking their wounds and looking for payback.

“There is no vision. Alternative leadership is going to emerge, and when it does there will be those who stand behind it,” one office-bearer who lost out told the M&G.

As the local government election campaign kicks off, Zuma will be in his element as he stumps across the country. Certainly he won’t be bothered by the odd religious gaffe.

But when normal service resumes he will have to face the twin challenges of an expectant citizenry and a still-fractious alliance. It won’t be plain sailing to February 2012.