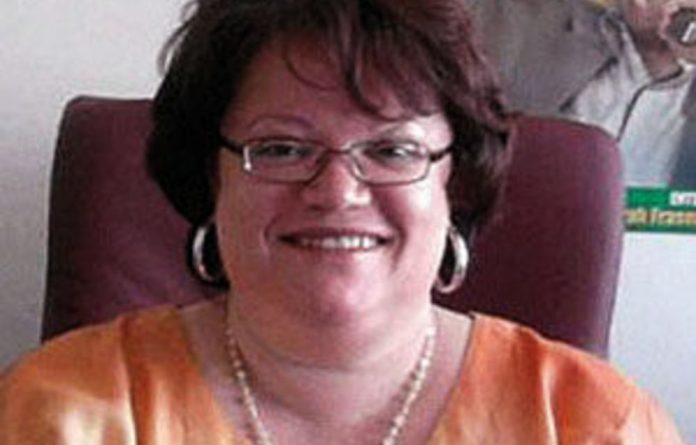 Parliamentary committee chairperson Yolanda Botha and her family apparently received kickbacks from a company to which she assigned tenders worth more than R50-million when she was an official in the Northern Cape provincial government.

Documents show that when Botha signed off property leases between the provincial social services department, which she headed, and property group Trifecta, her family was allocated a 10% stake in the group holding company.

Within a year Trifecta also renovated Botha’s Kimberley home for at least R500 000.

Botha has not declared either benefit to Parliament, where she has served as the chairperson of the committee for social development since May 2009. In her current position she still wields significant power — now nationally — in the same field as she did in her former provincial role.

Trifecta has been exposed by the Mail & Guardian and Rapport previously for having the controversial Northern Cape finance minister, John Block, on its payroll. In December last year the M&G uncovered that Trifecta had undertaken a R650 000 renovation of Block’s Upington guesthouse.

Botha denied any corruption and said this week that the stake in Trifecta for her relatives did not constitute a benefit for herself. She also claimed that the home renovation paid for by Trifecta was a loan, which she would repay.

“My only relationship is as described above and is not and has never been either corrupt or inappropriate,” Botha said.

Trifecta director Christo Scholtz said that Trifecta paid for Botha’s renovations by way of a loan “which she undertook to repay and remains obliged to repay”.

Neither Botha nor Scholtz clarified the terms of the loan or whether any of it had been repaid.

Leases signed, then 10%
Botha was head of the Northern Cape social services department from January 2001 to April 2009. Between November 2006 and January 2009 she signed five lease agreements with companies in the Trifecta group.

Trifecta was represented in the lease agreements by Sarel Breda, a 50-50 shareholder with Scholtz in Trifecta Investment Holdings, the group holding company.

The leases committed the department to five-year, and in some cases 10-year, rental agreements for office space in Kimberley, Douglas, Springbok and Kuruman.

According to the M&G‘s calculations, Botha committed the department to total expenditure of R64-million including VAT.

Responding to questions, Scholtz said that the Jyba Trust, benefiting Botha’s relatives, had acquired 10% in Trifecta Investment Holdings, but added: “The late Sarel Breda concluded the agreement re the 10% shareholding in Trifecta, and Christo Scholtz was not a party to that agreement.”

Although Botha and Trifecta claim tender processes were followed, two of the lease agreements were backdated by several months.

The last lease agreement was signed by Botha and Breda on January 15 2009. Seven weeks later, on March 5 2009, Breda was killed in a plane crash near Kimberley.

This means that Trifecta allocated the shares to the trust while Botha was signing the lease agreements — or at the latest within seven weeks of the final lease agreement being signed.

The allocation was formalised when the Jyba Trust was registered in January 2010. The trust deed shows Botha’s five nephews and nieces as the beneficiaries of the trust. Botha has no children of her own.

Further benefit
The 10% stake was not the only benefit that accrued to members of Botha’s close family during her tenure as head of department. Botha’s niece, Angelique Botha, is employed in Trifecta’s Kimberley offices as the office administrator. Angelique is also a trustee and a beneficiary of the Jyba Trust.

In April 2009, two months after Breda’s death and at the time of the national elections, Yolanda Botha stepped down from the provincial department and was made an MP by the ANC and deployed to Parliament. The next month she was elected social development portfolio ­committee chairperson.

After she left the Northern Cape government, and although Breda was dead, the benefits to Botha continued.

In November 2009 a new subsidiary of Trifecta called Albasync was set up with Jyba trustee Etienne Naude as director. Naude is a director of several other Trifecta subsidiaries and is Scholtz’s lawyer.

The Jyba Trust was allocated a 70% stake in Albasync, with Trifecta holding the rest.

Scholtz said that Jyba obtained the shares at par value — essentially free — at a time when the company had no assets.

In the same month Scholtz and Naude bought a large Kimberley building for R4-million and it was transferred to Albasync, which means that Botha’s family gained the lion’s share of a R4-million asset shortly after they acquired their 70% stake in Albasync.

The seller, Frankel Engelbrecht, told the M&G that after he sold the building to Albasync the building was renovated “for a few million more”.

The building was then leased to the provincial department of water affairs.

Home renovations
The next benefit Botha received from Trifecta — the renovation of Botha’s private residence in Kimberley — took place from December 2009 onwards.

Invoices and cheque requisitions show that the contractors and suppliers requested payment for the renovations from Trifecta.

Asked about this, Botha and Scholtz both said that Trifecta paid “approximately R500 000” towards the renovations on Botha’s behalf but claimed that it was a loan. Botha said: “I have always accepted liability for repaying amounts disbursed by Trifecta on my behalf.”

The M&G asked whether the loan agreement was committed to paper, whether it specified a term for repayment, whether interest had been levied and whether any repayments had been made.

Botha did not respond and Naude said the loan agreement was a “personal matter” between Botha and Trifecta. “The questions you asked are in an agreement,” Naude said. He did not provide evidence of it.

If it was a loan and its terms and conditions were more favourable than those of a commercial loan, Botha should have declared it to Parliament as a benefit. But Botha’s declaration in the parliamentary register of interests does not reflect it.

She told the M&G that she did not declare the renovations as “they were not a gift”.
Botha’s family’s stake in Trifecta was also not declared to Parliament, although it is debatable whether a member is obliged to declare nephews’ and nieces’ interests.

Book-keeping
Cheque requisitions and invoices show that much of the work invoiced or paid for was allocated to a project called “Magambos”, although “Mev Botha” and “Mev Botha se huis” appears at least twice, handwritten in the margins.

Magambos is the name of the building that houses Trifecta’s Kimberley office, which would make it appear that the work was being done for Trifecta and not for Botha.

But Trifecta said that its bookkeeper, whom it referred to as “Buizer”, “incorrectly allocated the amounts paid for and on behalf of Ms Botha to the account in respect of the building work at Magambos Building”.

“After she [Buizer] left Trifecta’s employ the error was discovered. Further amounts disbursed for … Botha were allocated to an account in her name.”

The M&G contacted the bookkeeper, Magdalena Buizer, for clarification.

“Under no circumstances did I make any mistakes in the books. I was instructed by Scholtz to allocate all payments on the Botha renovation to the expense account of Magambos Building so the payments could not be traced,” Buizer said.

She said that she worked for Trifecta until March 2010, when she opted for a constructive dismissal over her opposition to “irregularities and corruption” at the company. The matter was resolved by the Commission for Conciliation, Mediation and Arbitration, but Buizer was made to sign a confidentiality agreement.

Buizer said she was talking to the M&G only because of Trifecta’s accusations against her: “If they accuse me in the media, I surely have the right to defend myself in the media.”

When the M&G uncovered that Trifecta had renovated Block’s Upington guesthouse, the subcontractor, David Myles, said that he was instructed to invoice all work to a separate Trifecta project under way elsewhere in Upington “so nobody could place the payments and say it was for the guesthouse”.

Trifecta’s boundless generosity
The generosity Trifecta has shown to Yolanda Botha goes further than renovations to her property and shares and jobs for her family. It appears Trifecta extends its bounty to legal consultation, as well as to responding to media queries.

Botha sent written responses to our questions by email at 4:36pm on Wednesday. Trifecta followed suit nine minutes later. When the M&G downloaded the responses attached as Word documents to each email, we couldn’t help noticing how similar they were in formatting and style.

We clicked to check the document properties of Botha’s response: its author was “Christo”, and it had been last saved by “Edelweisse”.

Needless to say, Botha does not appear to have authored — or even edited — the responses Trifecta prepared on her behalf.