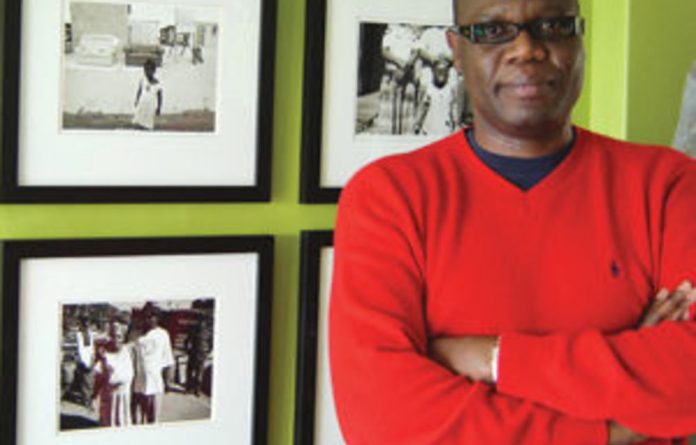 To be included in the Deutsche Bank Collection, one of the largest and most important corporate art collections in the world, is a big accolade for any artist.

For South African artist and photographer Zwelethu Mthethwa, it’s an overwhelming honour. The bank has bought seven of his images and a new wing of the impressive Frankfurt gallery building is being named after and dedicated to Mthethwa.

“As an artist, it’s always thrilling to be acknowledged at that level. It’s something really big for me, a huge achievement,” he says. The bank will host a special viewing in Frankfurt on February 24, titled Strictly Global!, where his work will be unveiled and the new wing opened to the public for the first time. Several other international artists will be celebrated with Mthethwa at the event.

Contemporary art has been integrated into the work environment and the identity of the Deutsche Bank since 1978. During the past 33 years its comprehensive corporate art collection has come to feature more than 55 000 photographs, prints and drawings from around the world.

The bank highlights some of the most significant genres and influential artists of the past 50 years but the collection has remained private until now.

Mthethwa has been far more celebrated and acknowledged as an important artist overseas than in South Africa. Having had more than 35 international solo exhibitions around the world, including in the United States, France, Germany and Switzerland, his work is in prestigious museums such as the Museum of Modern Art in New York and the Getty Museum in Los Angeles. Yet he has never had a full photographic show in his home country. His first will open in May this year at the iArt gallery in Cape Town.

‘Art educates’
“There hasn’t been great support from art critics and sponsors in South Africa to date. It would be great to see that change,” says Mthethwa. “We should recognise that art educates, encouraging us to look at the world differently. Art explores and investigates the world we live in, making us look at ourselves and our diverse cultures from different perspectives,” he says.

He has etched a strong identity through his work. His stunning portraits show black South Africans as dignified and defiant, even under social and economic hardship. In the foreword to Mthethwa’s most recent book, Zwelethu Mthethwa, Okwui Enwezor of the San Francisco Art Institute writes: “Mthethwa’s work challenges conventional ideas of the black subject as a ground-down, dispossessed, disempowered and abject figure in need of social sympathy.

“His grand images present the emancipatory possibility of colour, its ability to infuse life into beleaguered communities and to speak persuasively of the dignity of the subjects in the face of their entrapment.”

“I respect each of my subjects as individuals. I want to show their humanity,” says Mthethwa. His work is a refreshing alternative to the stereotype of Africa as “the dark continent”.

He recognises and represents the dynamism in poor communities, reminding us of the beautiful ability of human will to be positive and creative, despite circumstances. Mthethwa believes “seeing that motivates us to keep the positive fires burning, to pass on good legacies”.

Zwelethu Mthethwa: What happens to an artist’s work after they commit murder?